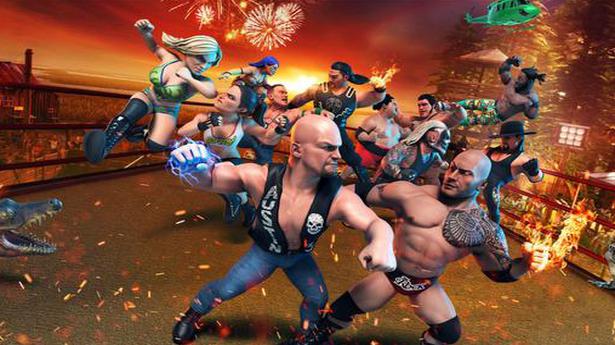 Video game WWE 2k Battlegrounds from 2k Sports, sports a new look and power, bringing the ring to your home

In the glorious days of cable television — before the Internet, smartphones, streaming and Fortnite — there was the WWF (World Wrestling Federation). Now known as WWE (World Wrestling Entertainment), it is still the same experience of muscular men and women pummelling each other in a rope-bound ring, in front of cheering fans… what is not to love? The franchise has had its share of excellent video games, though last year’s 2k20 was a glitchy mess. Battlegrounds, recently launched, hopes to bounce back from that mess.

Like many 2k games there isa single-player story mode andtutorial; instead of a cutscene, you are expected to read a comic book. Which is fine, comics are great, except you will need to read this one in all its small font glory, whatever your screen size. While you are quietly moved through the story checkpoints, you play as seven up-and-coming wrestlers. This is skippable, as you will want to jump into the ring as fast as you can.

The first thing you will notice is that all your favourite wrestlers have been given a look that can be only described as ‘Fortnite meets Funko Pop figurines’. Very much like WWE All Stars, this over-the-top cartoon-y look works well when you consider how over-the-top WWE can be. It is bold, it is colourful, and it is a whole lot of fun seeing your favourites in this new look.

Fighting against opponents — whether online, locally or even against the computer — is a lot of fun. The battle system is simple with punch, kick and grapple button presses. Perform a combo right, and your wrestler will hit or kick emanating a glow of a power move with surprising impact. The special moves are incredible as the wrestlers perform gravity-defying manoeuvres, with slow motion for effect. The system also makes use of clever timing-based reversals to counter attacks seamlessly. You can also jump out of the ring to pick up the usual chair, toy hammer or flaming barrels to demolish your opponents.

Wrestlers are categorised in classes, now based on speed. Each character has their own signature special moves, including the ability to heal and not to mention their finishers. There are a few environments, all colourful and deadly as you can use them to your advantage. While the battle is fun, the micro-transactions sure are not.

WWE 2k Battlegrounds’ micro-transactions are set up to inspire that same FOMO which Fortnite has perfected… except that Fortnite is free, and Battlegrounds requires a full price payment, of course. While there is an in-game store for cosmetics, which is expected, we are interested in the wrestlers themselves, and you can only play most of them after unlocking. 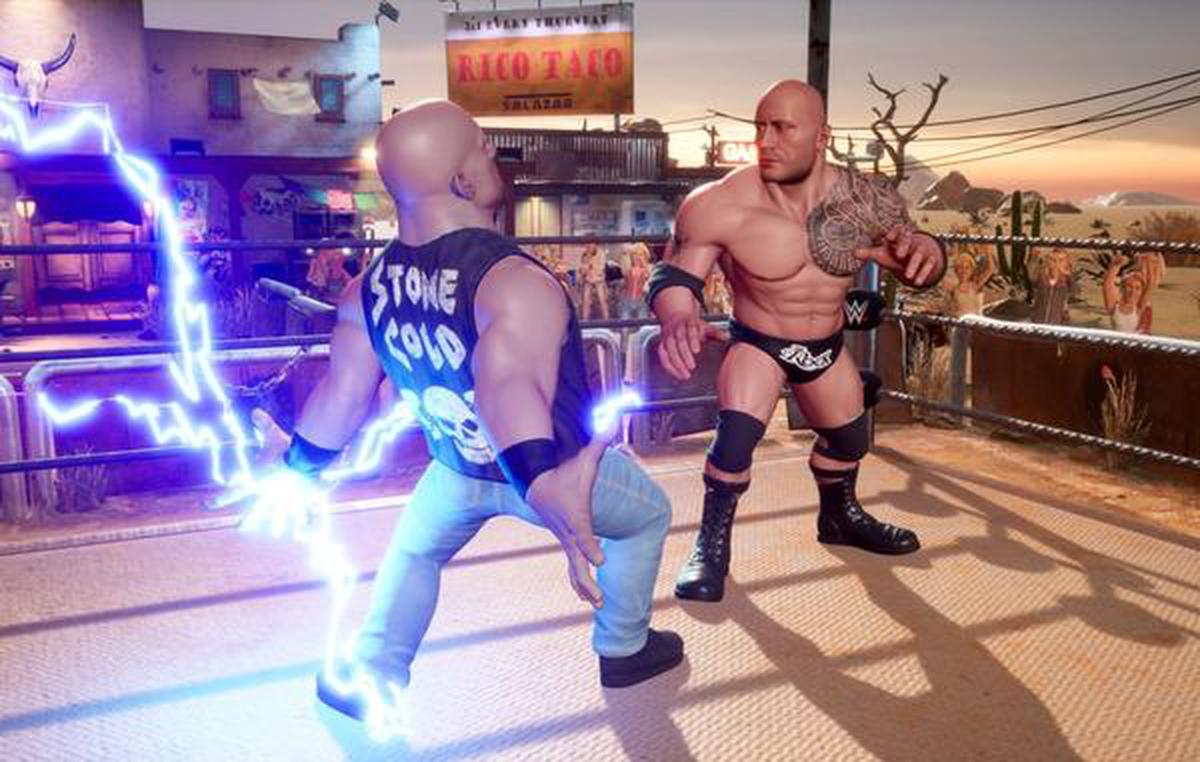 In order to level up, you earn Battle bucks and Golden bucks which are harder to earn; these allow you to buy fighters. As fun as the game is, the slow grind to earn the bucks is daunting, especially given favourites such as Rhonda Rousey and The Rock are 300 Golden Bucks. You either pay for them in your money or time, either way you will be less ready to rumble and more than ready to grumble.

WWE 2k Battlegrounds is a step in the right direction and is perfect if you like this go-get-’em sport. While the excessive grinding feels over the top, it is a great game to play with friends, with an entertaining battle system and a novel style that should appeal to a broader range of players.

The writer is a tech and gaming enthusiast who hopes to one day finish his sci-fi novel.

BackBenchers - October 23, 2020 0
Price: (as of - Details) Get this Small Boy's Cricket Set. It Comes with Carry Bag. It is made of Wood. Wooden Cricket KitComes...

Mumtaz Khan Relieved that to be Finally Back on the Field...

TikTokers Officially Brought Back Flared Yoga Pants — and We Couldn’t...

On Chess: 18th And Olive: Historical Site Of The First World...

Back in the pool

Boxing Fight Weekend: What to watch, picks for Oct. 23-24

The Queen’s Gambit: A Netflix Series Where The Chess Is Done...