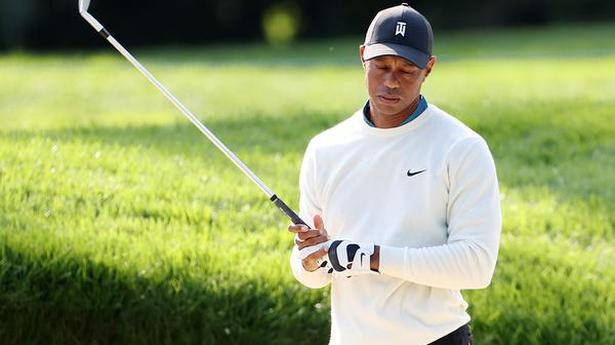 Tiger Woods has improved his game since missing the cut at last month’s US Open, and is defending his title at the Zozo Championship with an eye on next month’s Masters.

The 44-year-old former World No. 1 is trying for an unprecedented 83rd career US PGA title at Sherwood Country Club, where Woods once hosted his Hero World Challenge charity event.

“My game is definitely better than it was at the US Open,” Woods said. “I feel a little bit more prepared, a little bit better, and hopefully that translates into playing the golf course.”

Woods won his 82nd career Tour title last October in Japan at the Zozo, matching Sam Snead for the all-time record, but the event was moved to California this year in the wake of the COVID-19 pandemic, giving Woods a chance to repeat as champion on a different but familiar layout.

“I think that having it here and having Zozo come to America and have it come to this venue in particular is fantastic for all of us,” Woods said. “The fact we’re able to have this championship, it was a big thing for the Tour and a big bonus. It’s awesome for us to be able to come back here to Sherwood. It’s a golf course I know well.”

As well as defending his crown, Woods is using the event as a tune-up for the Masters, which was moved from April to November due to the virus outbreak.

Woods said he might play the Houston Open the week before the Masters.

“My plan is just to play and practise. This entire year has been different for all of us. My run-up to Augusta is unlike anything I’ve ever experienced. That’s just the way it is. The whole idea is to be ready in a few weeks and whether or not that’s playing one more event or just playing here at Zozo, just making sure that I’m ready for Augusta,” he said.

Woods has, meanwhile, called off this year’s World Challenge, planned for December in the Bahamas.

Serie A: Lazio Cruise Past City Rivals AS Roma | Football...

Masters of chess take no prisoners

Lenovo to Ship Its Thinnest ThinkPad Yet with X1 Titanium Yoga

Liu Ying hopes to bounce from back injury after defeat

Ryan Garcia aiming to retire at 26, then try MMA

How to Decorate Around Home Gym Equipment

Badminton | Six Indians in the top-10

‘Mr Dakar’ lives up to his name

3×3 basketball player from Switzerland comes out as gay

Eye Yoga Is Quick, Effective, And You Don’t Have To Leave...

Brisbane Test: Centurion Labuschagne disappointed at not getting ‘big score’ |...