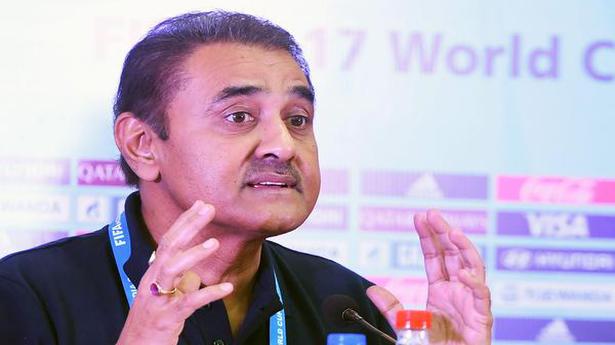 AIFF General Secretary Kushal Das said the governing body is committed to developing the game in the country.

The All India Football Federation (AIFF) has taken the first steps towards restarting the game, its president Praful Patel said on Monday unveiling the governing body’s new motto — ‘Indian Football. Forward Together’

Like all other sporting activities, football also came to a standstill due to the COVID-19 lockdown.

The cash-rich Indian Super League (ISL) backed by the AIFF, in all likelihood, will be the first sporting competition in the country after a phased opening of the lockdown. The event starts October 20 and will be held in Goa.

“The entire country is going through a period of lull especially when it comes to sport. AIFF has already taken the first step to bring back sporting activities in the country and it is only becoming possible because all the stakeholders are working seamlessly and tirelessly in this direction,” Patel was quoted as saying in an AIFF media release.

“With the new motto in place, our objective is to streamline these efforts in our communication with all the stakeholders. Even the smallest unit in the chain plays an important role,” the former Union Minister said.

He, however, did not elaborate on the measures taken to restart the game.

AIFF General Secretary Kushal Das said the governing body is committed to developing the game in the country.

“We have been doing an immaculate amount of work starting from developing grassroots to the national teams.

“Slowly but gradually, by working together, I am sure we will be able to achieve great things while establishing a pipeline of young talent for the Indian football team,” he said.