Athletes compete as Wavelight, the light-based pacing system, is in operation at a track.

Jos Hermens, a former Dutch distance runner and now athlete-agent, used police beacon lights to help him get the pace right when he broke the one-hour world record at the Papendal track in the Netherlands over four decades ago. Hermens placed lights along the track, synced to blink. If a light flashed before Hermens crossed it, he was behind the world-record time.

“I saw the light flashing a little bit in the beginning and then later on I didn’t see them anymore, which meant I was ahead of schedule. I broke the record. I used police lamps, the ones that turn around at the top of the car. These were the first wavelights,” Hermens told The Indian Express.

The Dutch runner’s out-of-the-box thinking on race day — May 1, 1976 — was way ahead of his time. It took World Athletics another 45 years to officially allow wavelights in races, programmed using a software to flash one after another along the inside kerb of a track to indicate a pre-set pace.

The LED lights are being used as a tool to attract TV audiences with most events held behind closed doors because of the pandemic. However, multiple world records falling in a span of two months, at events where wavelights were switched on, has raised questions if this generation of athletes are benefitting from the pacing aid, which wasn’t available to former greats.

Looking at the race clock, wristwatch, giant screen, or depending on a coach to shout out split timings during a competition could become an outdated practice.

Great Britain’s Mo Farah and The Netherlands’ Sifan Hassan bettered the world one-hour records at the Brussels Diamond League in September. Wavelights were used in the Belgian capital as well.

SPORT Technologies, the Dutch stadium-lighting company which pioneered Wavelight technology, turned to Hermens when they wanted to improve upon the system first used at a local athletics club three years ago. “Athletics is not the most popular sport, so we need innovations. Young and old people need to understand the sport. Now people watching a race can see if runners are ahead of a light or not. It is more for the crowds and television,” Hermens, the CEO of Global Sports Communication, says. 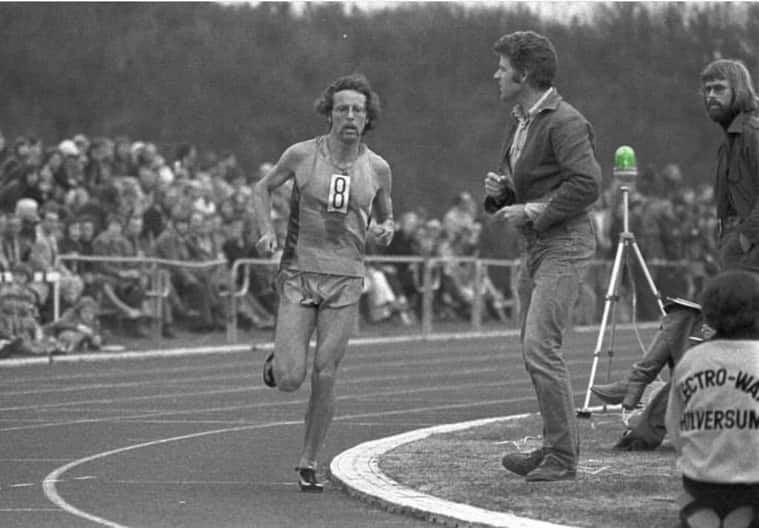 Jos Hermens used police beacon lights when he broke the one-hour record in 1976.

The 70-year-old believes it is unfair to give too much weightage to the lighting system when athletes break records.

“The answer is very simple; they have to still run themselves, the track is not moving, you have to do all the hard training year after year to break a record. It needs a lot of hard training, without lights. They break it because of the talent and the hard work,” Hermens says.

For years, he had been pushing for track and field to adopt a lighting system but previous letters written to former chief of the world body Lamine Diack didn’t get a response. He had better luck with current president Sebastian Coe, a two-time Olympic gold medallist, who wrote back to Hermens saying innovation was the need of the hour.

“Track and field was very conservative. I am very thankful to Sebastian Coe, he really supported this. It was not in the rules, most officials were conservative when I had proposed it before. I proposed it in the days of Diack. I never got an answer. However, Seb Coe wrote a personal letter to me saying we need innovation in the sport, so please go ahead with the wavelight. Now there is a lot of support,” Hermens says.

World Athletics has regulated technology used in running shoes to prevent top athletes from getting an unfair advantage. Wavelights, however, are set to stay.

“We have had pacemakers for as long as I can remember. We had pacemakers in the 1950s and 60s helping athletes break records, in the 40s even. And the four-minute mile was a pace-made event. So, I will always embrace innovation. I think Wavelight allows people in the stadium, people on television, to understand a little bit more about the extraordinary talent,” Coe was quoted as saying by insidethegames.biz. 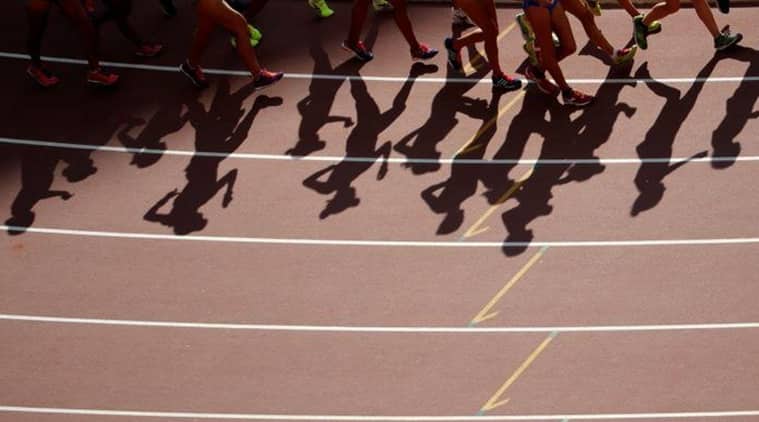 The publicity around the record-breaking achievements of athletes has resulted in SPORT Technologies receiving hundreds of enquiries from around the world. “The original Wavelight product was more focused towards individual athletes and trainers. The Wavelight at Diamond Leagues are more focused on the performance of athletes and television audiences. The lights are a lot more powerful and the software is more flexible now,” Elfried Keers, the owner of SPORT Technologies, says.

The wavelight system can cost between €25,000 to €50,000 to install at a stadium, depending on the infrastructure needed to fix them along the entire length of the track.

Experimenting with lights along the track began when a local club in Zeewolde asked Keers to come up with an idea to attract more trainees. “The local athletics club asked us the question, ‘you do something with lamps and you do something with sports; how about we see if we can combine it to attract more people’. The idea of the wavelight had nothing to do with high-performance sports. It had to do with attracting people to come to the athletics track for practice,” Keers says about the first system installed three years ago.

Hermens says those at the grassroots level, like young runners at Zeewolde, will benefit as much as elite athletes.

“It can also be called a pacing tool, for athletics clubs, schools, universities because you can put in the programme for three to four different groups. Before this, the coach would stand with three or four stopwatches on his chest and push the buttons, and look at them all the time. Now the athletes know what to do and coaches can fully concentrate on the running style of the athletes.”