Home Football Walker strike does it for Manchester City 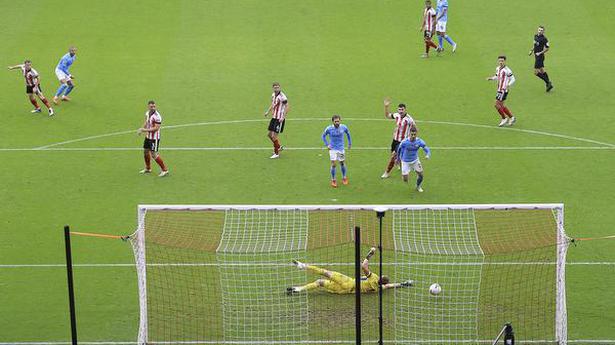 Manchester City moved two points off the top of the Premier League as Kyle Walker’s long-range strike was enough to see off winless Sheffield United 1-0 at Bramall Lane.

Pep Guardiola’s men had won just two of their opening five league games of the season and are yet to hit top gear ahead of Liverpool’s visit to the Etihad next weekend.

The visitors dominated the game, but had just Walker’s speculative shot to show for it as they again lacked a ruthless streak without a natural striker.

Eden Hazard scored his first goal for Real Madrid in over a year and Karim Benzema struck twice as the Spanish champion coasted to a 4-1 win at home to Huesca in LaLiga on Saturday.

Making his first start of the campaign after persistent injury problems, Hazard broke the deadlock in the 40th minute with a thunderous strike from outside the area.

Lazio announced on Saturday that it had put its entire squad in quarantine after positive coronavirus tests.

Lazio fielded a depleted team in Brugge in the Champions League on Wednesday.

It is the first time Lazio has explicitly confirmed cases of COVID-19 in its squad after talking about “doubtful” tests during the week, even though it omitted players from its squad.