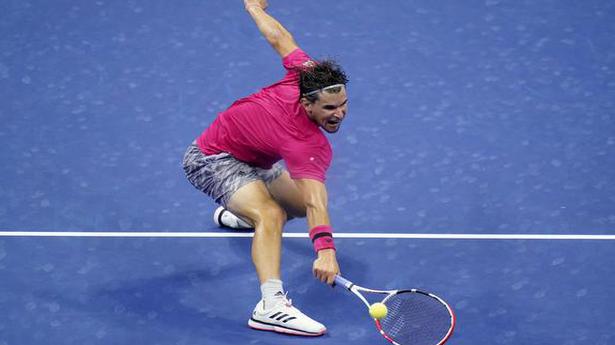 Dominic Thiem will next meet Russian Daniil Medvedev for a place in his fourth Grand Slam final.

Second seed Dominic Thiem put in a sublime performance to dismantle Australian Alex de Minaur’s challenge during a 6-1 6-2 6-4 victory on Wednesday and canter into the semi-finals of the U.S. Open.

The 27-year-old Thiem, the highest seed surviving at Flushing Meadows, had not previously lost to the Australian and started their third career meeting on a brisk note, breaking De Minaur’s serve three consecutive times to win the opening set.

De Minaur started on a more positive note in the second, winning 11 straight points on serve to go up 40-0 in the fifth before being broken with Thiem serving out the stanza with a double break.

The Austrian’s early lead in the third set evaporated as De Minaur kept fighting but a second break of serve sealed the match for Thiem, who will next meet Russian Daniil Medvedev for a place in his fourth Grand Slam final.