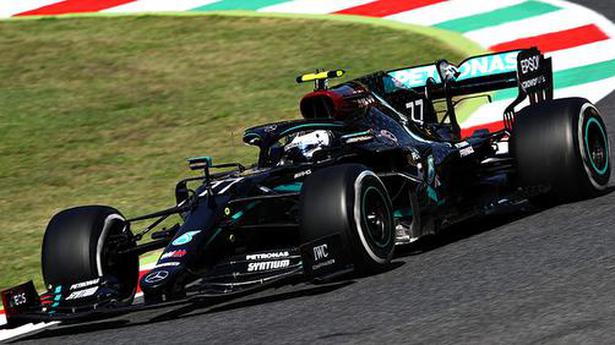 Bottas clocked a best time of one minute and 16.989 seconds around the spectacular 5.245-kms Ferrari-owned Mugello circuit, two-tenths quicker than championship leader Lewis Hamilton with Max Verstappen a familiar third for Red Bull.

It is the fifth Friday at successive events that the Finn has been fastest in at least one session. But he went better this time by topping both sessions, boosting his bid to close the 47-point lead that Hamilton has built up in the title race.

The afternoon session was stopped twice for red flags after Lando Norris crashed his McLaren after spinning and, later, Sergio Perez of Racing Point collided with Kimi Raikkonen’s Alfa Romeo.

Alex Albon was fourth in the second Red Bull ahead of the two Renaults of Daniel Ricciardo and Esteban Ocon, Perez and last Sunday’s Monza winner Pierre Gasly of Alpha Tauri.