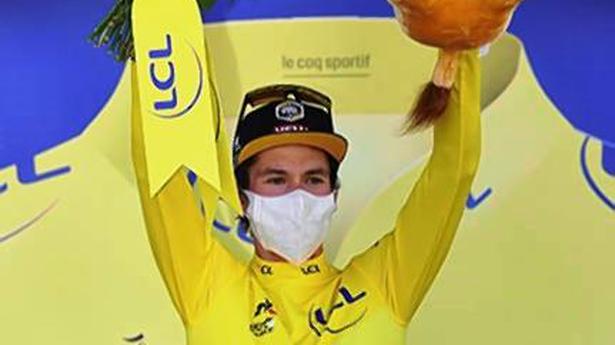 In the race for the overall standings only Saturday’s individual time trial presents a chance for the second-placed Pogacar to stage a coup.

Bedevilled by problems that saw them withdraw captain Egan Bernal on Wednesday, teammate Michal Kwiatkowski won the stage as Richard Carapaz took the King of the Mountains jersey with the pair crossing the finish line three minutes ahead of the elite pack.

“I had the best legs ever, the way we rode together with Richard was just incredible,” said Ineos’s Polish rider who is a former world champion.

In the race for the overall standings only Saturday’s individual time trial presents a chance for the second-placed Pogacar to stage a coup.

Roglic leads Pogacar by 57 seconds with Friday’s stage 19 and the culminating run up the Champs-Elysees on Sunday both set to be decided in a mass bunch sprint. Miguel Angel Lopez of Colombia is still third.

BackBenchers - October 27, 2020 0
Photo Credit: O2 Recovery (instagram.com/drinko2recovery/) The month of November is historically one of the worst for member retention at CrossFit gyms, and with...

Edelweiss Mutual Fund plans for OOH campaign in 12 cities to...

Son assisted by Kane again to lead Tottenham to victory

This is why lee chong wei took a retirement: everything you...

Channel Your Inner Flower Child With This ‘60s-Inspired Yoga Flow

Lewis Hamilton races past another Michael Schumacher’s record, but is he...

Stream It Or Nah: Netflix’s Chess and Pills Drama, ‘The Queen’s...

The World Boxing Council To Score The Tyson vs. Jones Jr....

Entrepreneurs Need to Train Like Elite Athletes, According to a Former...

Local Event: Chair Yoga for Seniors (and others!)

FGII highlights mental well-being with ‘Health Inside Out’ campaign – ET...

Edelweiss Mutual Fund plans for OOH campaign in 12 cities to...

Son assisted by Kane again to lead Tottenham to victory

This is why lee chong wei took a retirement: everything you...