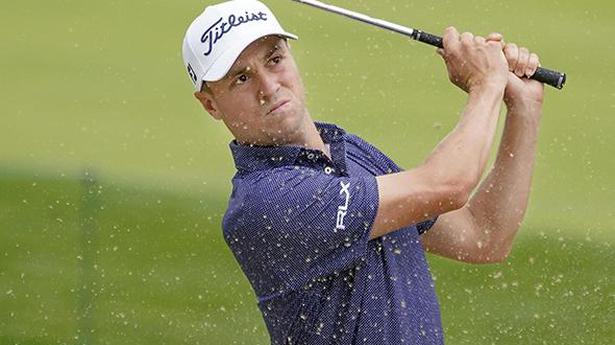 Justin Thomas closed with a 25-foot birdie putt to seize a one-stroke lead after Thursday’s first round of the 120th U.S. Open, while three other Major winners lurked within two shots.

Third-ranked Thomas, the 2017 PGA Championship winner, fired a five-under 65 at Winged Foot with a pack one back on 66, including Patrick Reed, the 2018 Masters winner who had a hole-in-one, 21-year-old American Matthew Wolff and Belgium’s Thomas Pieters.

Thomas, who fired the lowest US Open round ever at Winged Foot, began with a birdie, took a bogey at the par-3 third, answered with an eight-foot birdie at the par-4 sixth and then reeled off three consecutive birdies starting at the par-5 ninth before his impressive final putt.

Reed aced the 165-yard par-3 seventh and ran off three birdies in four holes on the back nine to share the lead until Thomas’s last shot at the famed Mamaroneck, New York, layout. Wolff, the 2019 US college champion making his US Open debut, reeled off three consecutive birdies starting at the par-4 11th and closed with five pars to share second. Sitting two adrift on 67 were World No. 4 Rory McIlroy, England’s Lee Westwood, chasing his first Major title at age 47, and South Africa’s Louis Oosthuizen, the 2010 British Open champion.

Four-time major winner McIlroy, playing his first major round since becoming a father with the birth of daughter Poppy two weeks ago, made three of his four birdies on par-3 holes.

Westwood, who could become the oldest US Open winner, sank a 12-foot birdie putt at the ninth hole, his last of the day, to match McIlroy.

Oosthuizen holed out from 148 yards in the second fairway for an eagle and closed with a birdie at the ninth from inside four feet.Top-ranked Dustin Johnson and 15-time Major winner Tiger Woods each opened on 73. Johnson, who won the US PGA Tour Championship two weeks ago, managed only two birdies against a double bogey and three bogeys.

Woods, chasing a fourth US Open title at age 44, grinded all day but closed bogey-double bogey for a 73. Woods birdied three in a row from the ninth through 11th holes but made three bogeys and a double in the last six holes.