Home Boxing The greatest boxing event of the pandemic is here, and it involves... 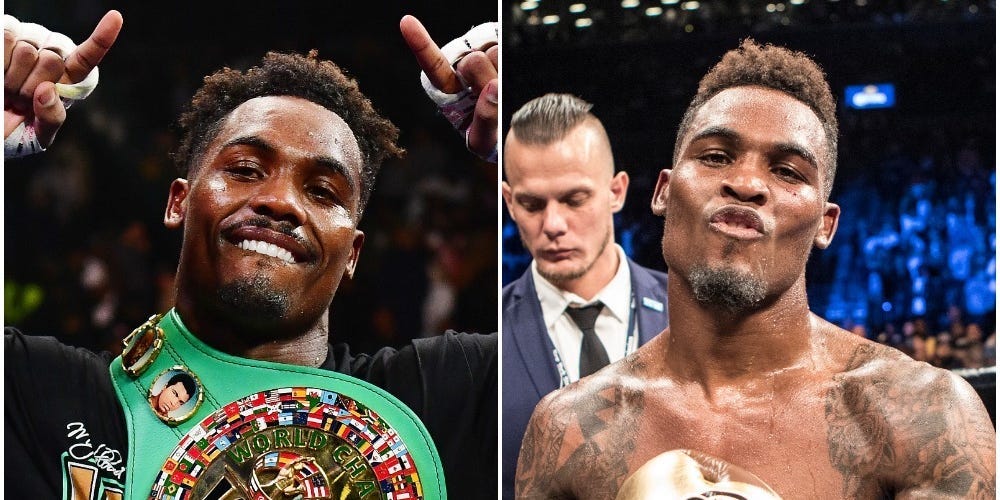 This weekend, a Premier Boxing Champions card broadcasts on Showtime, featuring twin brothers Jermall and Jermell Charlo who compete in separate world championship bouts in the 160-pound and 154-pound divisions.

It is billed as a double-header — two events for one price, with world titles on the line in five bouts.

The structure is reminiscent of the critically-acclaimed 2007 double-header “Grindhouse.”

Blood-splattered, zombie-like people in the Robert Rodriguez-directed “Planet Terror” ran amok in the first of those two films. Then, in Quentin Tarantino’s picture, a deranged stuntman embarked on a murderous rampage using his “Death Proof” muscle car as a weapon.

Even though it was sold as a two for the price of one deal, the movies failed to generate many ticket sales.

Regardless, the films were wildly successful when it came to home media, spawning equally ridiculous spin-offs called “Machete,” “Machete Kills,” and “Hobo with a Shotgun.”

Fast forward 13 years and boxing can perhaps relate to that cinematic production as ticket sales are no longer relevant in the pandemic era, forcing fights to take place behind-closed-doors, leaving fans with little option but to watch through home media — TV, desktop, or app.

And the Charlo double-header is one to consider watching, as it promises as much bloody fun as Rodriguez and Tarantino delivered back in the day.

After a three-month hiatus, the Las Vegas-based fight firm Top Rank brought the sport back in June with a behind-closed-doors residency at the MGM Grand Conference Center, colloquially known as “The Bubble.”

British promoter Eddie Hearn then ushered his firm Matchroom Sport into the fold with “Fight Camp,” a series of outdoor events held in his childhood home, a mansion near London, which also happens to be Matchroom’s HQ.

Both firms did remarkable things in extraordinary times to host live combat sports events safely, and even provided interesting storylines.

As a result, the trade has a new cult hero in Clay Collard, Elvis Rodriguez looks like a blue-chip prospect, and Alexander Povetkin’s stunning win over Dillian Whyte is regarded as a contender for the knockout of the year.

Hearn’s pay-per-view event featuring Povetkin and Whyte, the last of his four “Fight Camp” shows, generated rumored sales in the region of 225,000 to 275,000 on Sky Box Office, Matchroom’s broadcast partner in the UK. That figure is unconfirmed.

These figures are low — boxing is normally more popular than this.

The Showtime Sports president Stephen Espinoza told Insider last week that he suspects sports fans got used to the lack of live action during lockdowns.

As a result, his premium network, as well as the boxing industry in general, needs to work that much harder to regain its audience share, he said.

“I’m not really buying that, as soon as you put sports back, there’ll be pent-up demand,” Espinoza told us.

“If anything, we’re going to have to work harder. And we’ve tried to do that with big, meaningful fights and quality throughout the cards, including on the Charlo pay-per-view.”

On his big event on Showtime this weekend, the Charlo double-header, Espinoza said: “You’d have to go back to the Don King cards of the 1980s to see four title fights on one card. This is five world title fights. We’re trying to deliver as many meaningful fights as humanly possible.

“What we do affects the sport and what the rest of the sport does affects us,” Espinoza said. “There was a string of non-competitive or non-meaningful fights early in the pandemic, and a lot of fans gave those fights a pass because, again, boxing was trying to come back.

“We took a more measured approach. We weren’t the first back because we wanted to come back with meaningful fights. We’re in a busier sports landscape in the US and internationally, more sports going on than we’ve ever seen.

“You really have to focus on quality to cut through all the noise and to compete with bigger sports with bigger marketing budgets.

“If we look generally over the last 35 years I like to think that Showtime’s hallmark has been quality, competitive fights, living up to its reputation as a premium network. We’re making the extra effort to focus on that going forward.”

Here’s the double-header in full:

The Charlos, two of boxing’s biggest characters, top the bill

The Charlos are identical twins with Jermall the older brother by one minute, as he’ll happily tell you.

Dripping in designer swag and thick, heavy chains, when the Charlos talk during fight week it can be a motor-mouthed energy so chaotic it confounds an interviewer who has no choice but to simply surrender the mic.

They’ve attracted the attention of the New York rapper 50 Cent, the former Cincinnati Bengals star Chad Ochocinco, and have been publicized on NBA TV as the fighters, PBC, and Showtime incorporate hip hop music and more mainstream sports into the promotion of their matches September 26.

But none of that would be as important if the Charlos couldn’t also fight. And they both have an abundance of skill, heart, and power there, too.

Jermall, 30, has displayed athleticism, strength, and punching prowess throughout his career.

Against Austin Trout, in a defense of his IBF super welterweight championship, he showed he had a durable chin, too.

Though the ring veteran cracked Charlo on the jaw with a straight left so hard it tilted his head back, he otherwise appeared unfazed, and ground out a solid win.

In his final bout in that division, he showed off his range of extraordinarily powerful shots against Julian Williams by flooring him with a ramrod jab in the second round, knocking him down again with a counter-right uppercut in the fourth, then finishing him for good with a seemingly never-ending punching flurry in the same round.

Though Jermall has had five fights, five wins, and two championship bouts at middleweight, it is against Derevyanchenko he finds his toughest 160-pound opponent to date.

But he is not the only Charlo to be competing in boxing’s deep end, as he is joined on the night by Jermell, also 30.

With a triathlete’s stamina, fast hands, and accurate shots, Jermell has been able to punch his way to the top of the super welterweight division, scoring wins over Vanes Martirosyan, John Jackson, Erickson Lubin, Austin Trout, and Tony Harrison.

And on Saturday, he too has a tough test in a three belt, 154-pound world title unification against the 25-year-old Jeison Rosario.

So tough are these tests, it would not surprise Espinoza to see Derevyanchenko and Rosario win in their respective bouts.

“Regardless of who wins it will be a career-defining victory for any of the four fighters, for Derevyanchenko, Rosario, or either Charlo,” Espinoza told us.

“I’m sure the Charlos won’t like me saying this, but it wouldn’t be all that surprising to see both of them coming out on the losing end on September 26.

“These are 50-50 fights,” he said. “I look at this card, objectively, I don’t see how we don’t have a series of really exciting, hard-fought, competitive fights.”

How to watch the Charlo double-header

American audiences can purchase the Charlo doubleheader on the Showtime app, or online at Showtime.com, for $74.99.

The first three-fight card on the pay-per-view begins at 4 p.m. PT/7 p.m. ET and concludes with Jermall Charlo vs. Sergiy Derevyanchenko.

There is then a 30-minute intermission before the second, three-fight card which culminates with Jermell Charlo vs. Jeison Rosario.

For those in other regions like the UK, Fite TV is broadcasting the two events for one fee of $14.99. It begins at midnight in the UK.

Once KO’d in the first round, Erickson Lubin rebuilt his boxing career and is one win from a 2nd shot at a world title

Canelo Alvarez could become boxing’s greatest free agent, and Showtime’s president says he’d ‘like nothing more’ than to sign him

Roy Jones Jr. said he may have ‘made a mistake’ agreeing to an exhibition with Mike Tyson because ‘he’s the bigger,’ more ‘explosive guy’