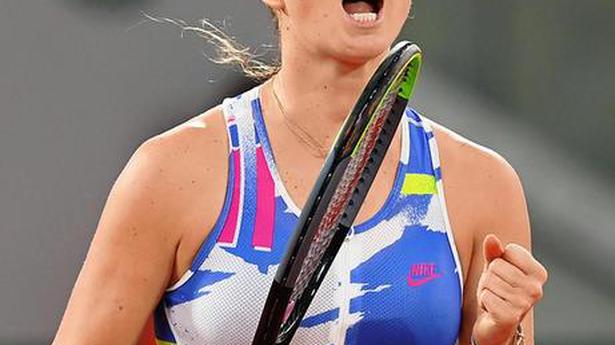 Elina Svitolina said she thought “something bad had happened” when a French fighter jet flew over Roland Garros on Wednesday, breaking the sound barrier. The military said the jet had been scrambled to go to the aid of another aircraft that had lost radio contact, and was authorised to travel at supersonic speed.

“Yeah, I heard it. I was a bit worried because I thought something bad happened,” said Svitolina.

“Yeah, it was the airplane, so it was very strange, very loud, like something big dropped.

“I looked at the chair umpire. He was little bit shocked as well because you never know these days what can happen.”

The noise, which shook windows and was heard all over the city, rattled Parisians already on edge after a knife attack outside the former offices of satirical weekly Charlie Hebdo last week that the government has called an act of terror.