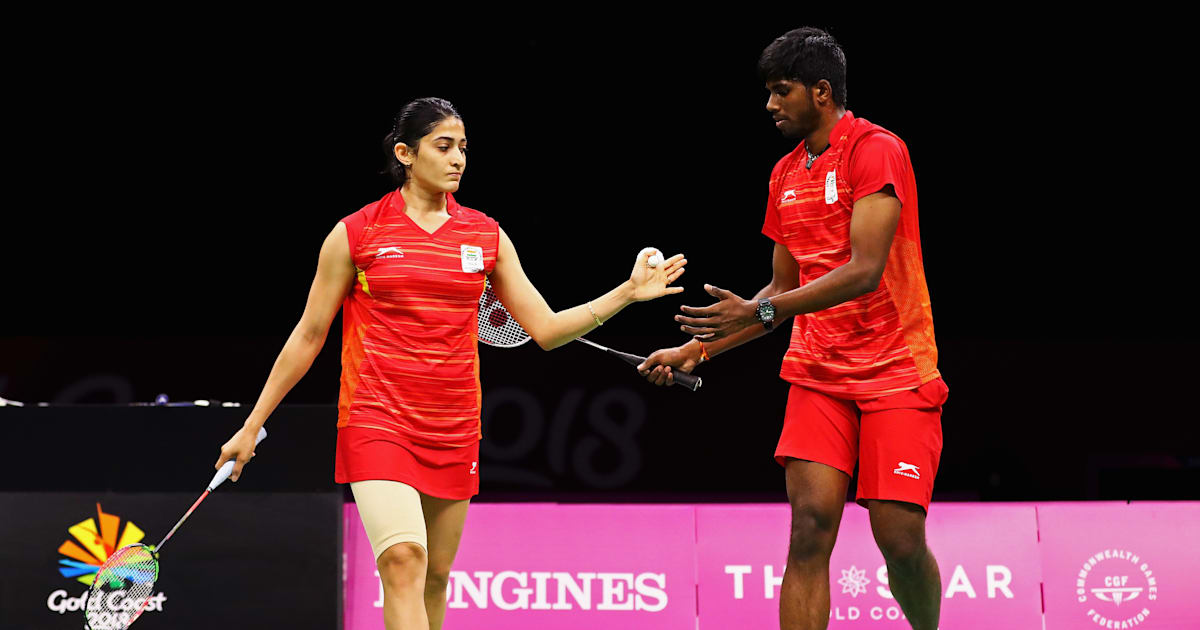 The Indian badminton pair of Satwiksairaj Rankireddy and Ashwini Ponnappa won their opening round mixed doubles encounter at the Swiss Open in Basel, Switzerland on Tuesday.

Satwik-Ashwini had achieved their career-best ranking of 19th in the mixed doubles last month after reaching the semi-finals of the Super 1000 Toyota Thailand Open.

The Indian pair began fast in the opening game, running to an early 5-2 lead before Faizal-Widjaja won four points in a row.

The teams traded points thereafter, with neither allowing the other to get away, but Satwik-Ashwini edged ahead to lead 11-9 at the mid-game break.

It continued to be a keenly contested affair after the break, but Satwik-Ashwini always remained ahead and though they squandered a game point, soon wrapped up the first game.

The second game followed a similar script. Satwik-Ashwini raced ahead to a big lead before Faizal-Widjaja hit back. However, the Indian duo dealt with the situation better this time, not allowing their opponents to build momentum, and carried an 11-6 lead to the break.

Satwik-Ashwini dominated post the break, finishing off points early to deflate Faizal-Widjaja, and comfortably won the match to move into the second round.

Meanwhile, the other Indian mixed doubles pair, Pranaav Jerry Chopra and N Sikki Reddy, exited the Swiss Open in the first round after losing 21-18, 21-15 to Marcus Ellis and Lauren Smith of England.

This was Pranaav Chopra’s first competitive tournament since he tested COVID-positive in December.

Olympic medallist Ellis and partner Smith dominated the initial stages to rack up points with their better on-court communication.

However, Chopra-Reddy hit back while trailing 13-18, winning a series of points with their aggression, which put Ellis-Smith on the backfoot. The English couple though did enough to stay ahead and won the opening game when Reddy sent a return wide.

In the second game, Ellis-Smith raced ahead as Marcus Ellis frequently attacked from the net to test the Indian pair’s defence. It forced them into committing errors, but Chopra-Reddy came back into the game with long returns, pushing their opponents towards the backcourt.

However, Ellis-Smith soon thwarted that plan, as they alternated positions better and always ensured a frontcourt attack to win the match in straight games.

For play-by-play highlights of the Indian contingent, visit our live blog of Day 1 of the Swiss Open.