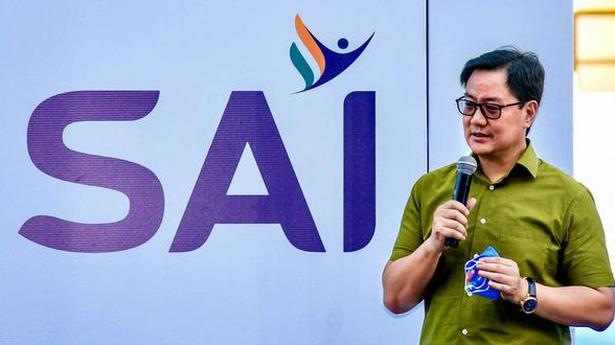 The Sports Authority of India (SAI) will have a new identity to keep in sync with its ambitious flight towards helping India emerge as a top-10 country in the medals table at the 2028 Olympics.

Unveiling the simple but dynamic logo at the Major Dhyan Chand National Stadium here, Union Sports Minister Kiren Rijiju commended SAI for being the driving force behind Indian sports over the years.

He said a new logo was required, even though there was nothing wrong with the original.

“It is three simple letters along with the flight symbol,” said the Minister. “Aim and objective are important to achieve anything. Our target is challenging and we have eight years.

“We are taking many steps and I am confident that the results will come. I have no doubt that we will achieve our target,” said Rijiju.

Sports secretary Ravi Mittal congratulated SAI on the new look and expressed the confidence that “SAI will be the driving force behind Indian sports.”

The president of the Indian Olympic Association (IOA), Narinder Batra, appreciated the “great improvement” in Indian sports in the last couple of years.

He also thanked the government for its support, revealing that the women’s hockey team had reached 90% of its fitness level on resumption of training from the lockdown.

SAI secretary-general of SAI Sandip Pradhan welcomed the gathering and hundreds who were connected on the web from across the country.

He stated that the first time change of logo was owing to the vision of the sports minister.