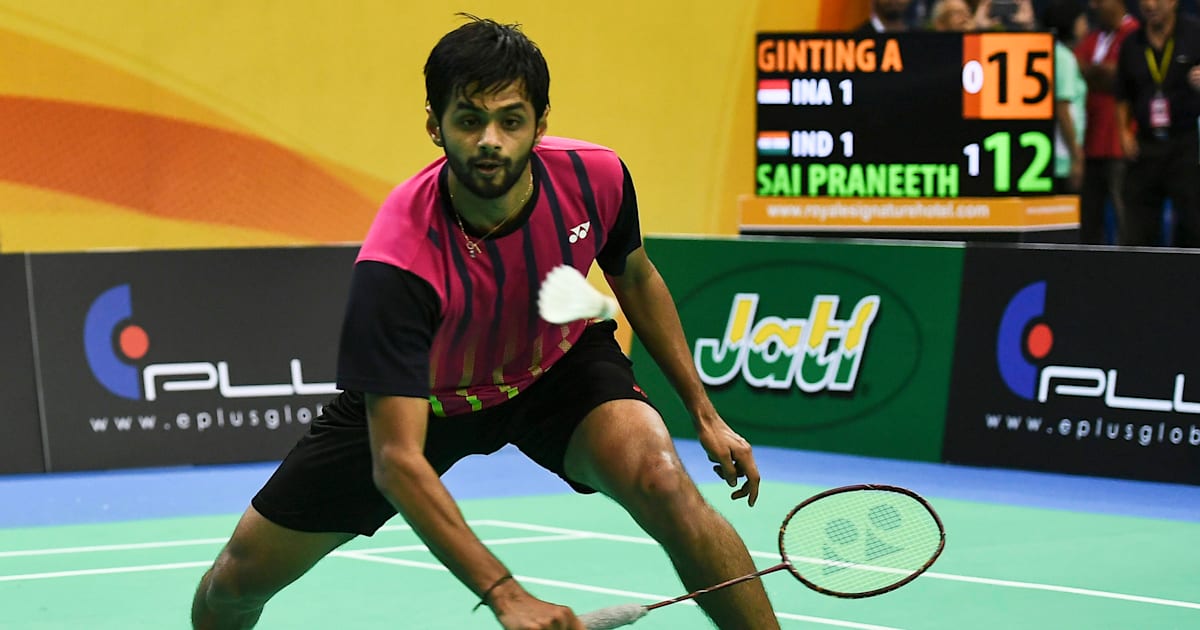 The world championships bronze medallist is yet to recover from a knee injury and will now look forward to the Asian leg of events in November for a competitive return.

Bronze medallist at the 2019 World Badminton Championships, B Sai Praneeth, will miss the upcoming Thomas and Uber Cup which will get underway in Denmark from October 3.

The top-ranked Indian shutter has cited fitness concerns as a reason behind his withdrawal.

World No. 13 Sai Praneeth has been suffering from a recurring knee injury that also hampered his 2019 season, a year that saw him become the first Indian man to win a World Championships medal.

“Sad that I am not going to be part of the Indian squad for the Thomas Cup. But I am experiencing discomfort in my right knee,” Sai told the Times of India.

“Though I started training on August 7, this problem persists. That’s the reason why I pulled out of the Thomas Cup.”

The 28-year-old Sai Praneeth has also confirmed that he will skip the European events after the Thomas Cup. He will not play the Denmark Open 750 event and the Denmark Masters.

“Missing out on practice for five months had its effect on me. After we get 100 per cent fitness we need another four to five weeks of training to get ready for a tournament. There is no way I am getting to that level,” Sai said.

“I need to take care of my fitness as I have to perform well in the Olympic qualification events scheduled to be held from January. I have to ensure my qualification for Tokyo,” said Sai Praneeth.

In Sai’s absence, the Indian badminton team will look up to the former world No. 1 Kidambi Srikanth, who is expected to lead the Thomas Cup squad in the company of the experienced Parupalli Kashyap and youngster Lakshya Sen.

The doubles duty will be handled by Olympians Manu Attri and B Sumeeth Reddy after the high-flying team of Chirag Shetty and Satwiksairaj Rankireddy decided to skip the Thomas Cup with the latter yet to recover from COVID-19.

Meanwhile, the proposed camp for the Thomas and Uber Cup probables has run into a roadblock with the Sports Authority of India (SAI) still figuring out a way to impose the Standard Operating Procedures (SOPs) at the SAI-Gopichand Academy in Hyderabad.

While the local shuttlers have requested to be allowed to travel to the camp from their respective homes, the likes of Shubhankar Dey and Aakarshi Kashyap are still waiting for the SAI to enforce the 10-day quarantine necessary to secure a training bubble.

Meanwhile, it is also learnt that shuttlers from Bengaluru have been asked to avoid travelling to Hyderabad until further notice.