Home Football Premier League | Will Liverpool hold off the challengers? 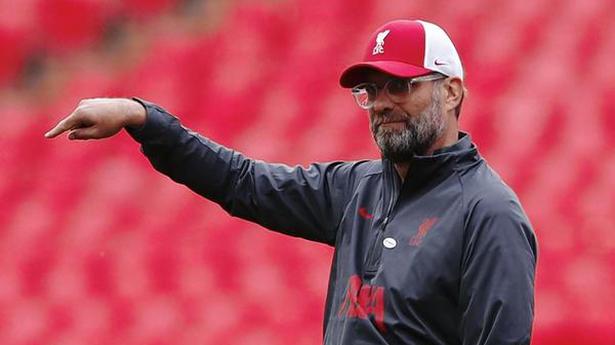 Jurgen Klopp has warned Liverpool’s title rivals that splashing out on new signings is no guarantee of success as the Premier League champion starts its new campaign against Leeds on Saturday.

Klopp’s side is back in action just seven weeks after Jordan Henderson lifted the trophy to mark the culmination of Liverpool’s first title-winning campaign for 30 years.

But for Manchester City, Manchester United and Chelsea, the brief break since last season has them a much-needed chance to improve their firepower by splashing out in the transfer window.

Chelsea has been the biggest spender as Frank Lampard invested around £200 million on Timo Werner, Kai Havertz, Hakim Ziyech and Ben Chilwell, with Thiago Silva arriving on a free transfer and goalkeeper Edouard Mendy reportedly set to join from Rennes as well.

Forced to surrender the title he had won for the previous two seasons, City boss Pep Guardiola has responded by signing Dutch international Nathan Ake from Bournemouth to finally plug the hole in the heart of his defence left by Vincent Kompany’s departure in 2019.

City has also signed promising Spanish winger Ferran Torres from Valencia as Guardiola looks to revitalise a team that seemed weary towards the end of a frustrating season that petered out with its limp Champions League quarterfinal defeat against Lyon.

Across Manchester at Old Trafford, United manager Ole Gunnar Solskjaer has a vibrant young team that finished strongly after the January arrival of Bruno Fernandes.

Promoted Leeds, led by enigmatic boss Marcelo Bielsa on its return to the top-flight after a 16-year absence, provides an intriguing opponent to measure if Liverpool’s thirst for silverware has been quenched by its recent success.

Klopp’s only addition to date is Greece left-back Kostas Tsimikas, but the Reds boss believes the continuity in Liverpool’s squad will serve it well while its overhauled rivals try to gel.

City and United will have to wait a week longer to play their first games of the season after being granted extra rest due to their involvement in the latter stages of European competitions last season.