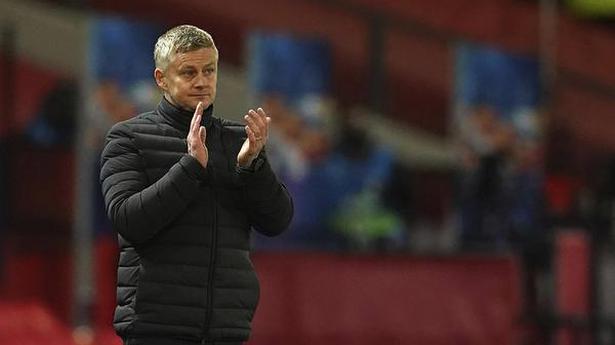 The days when the winners of the two league matches between Arsenal and Manchester United decided where the title was destined are over, United manager Ole Gunnar Solskjaer said on Friday.

The former United striker featured in many of those matches when managerial legends Alex Ferguson and Arsene Wenger were in charge in games that often boiled over both on and off the pitch. Such fireworks are unlikely on Sunday at least off the pitch as 15th-placed United hosts Arsenal, which is two points better off than its opponent having played a game more.

Solskjaer and his Gunners counterpart Mikel Arteta are very different personalities to Ferguson and Wenger.

“When I played it was between us both to win the league, so that was a fierce rivalry,” said Solskjaer.

“There were all sorts of old stories — the passion, the excitement and the importance of those games. We knew if we took six points off them we’d more or less win the league, or vice versa.

“There’s still the rivalry, the history, but now we don’t think about them as our rivals or anyone as our rivals. We just need to put points on the board.”

Solskjaer, whose side has shown character in rebounding from its 6-1 humiliation at home to Tottenham earlier this season, said Arteta was clearly making his mark at Arsenal.

The Spaniard played under Wenger at the Gunners before having a spell as assistant to Pep Guardiola at Manchester City.

“You can see what he’s doing; he’s got his own ideas,” said Solskjaer.

“He’s worked under a top manager (Wenger) before.

“It’s a great foundation to build from.”

Solskjaer said it was hard for him to judge himself on how far he had brought United since replacing Jose Mourinho in December 2018.

“We want to develop, we want to improve,” he said.

“It’s not up to me to say how far we’ve come. I’ve been very pleased with the response after the start of the season. We had to hang in early on and try to get points on the board. Now we feel fit and strong and competitive in every game.”

Dumbbell vs kettlebell: which home gym equipment is the ultimate home...

How to clean a yoga mat

Former sportspersons from Punjab to return awards in support of farmers’...

NZ vs WI 1st Test: Jamieson has been a great addition,...

‘It released a bit of pressure’: Swepson on dismissing ‘unreal’ batsman...

If It’s Fiction, Can It Be an Invasion of Privacy?

Didn’t want to do disservice to world of kabaddi: Abhishek Bachchan...

Letter: About those volleyball shorts

Oreste D’Arconte: Yes, you can play chess in quarantine

Had plans to be a Kabaddi player, 23-year-old Pakistan all-rounder says

Dumbbell vs kettlebell: which home gym equipment is the ultimate home...