The new court was opened with a tournament on Friday

RAKOVICA, 12 September 2020 – The Barać Caves are definitely the most famous attraction in Rakovica, just north of Plitvice Lakes, and the popular picnic area there has a new addition, a badminton court.

“Barać Open 20” was the name of the badminton tournament that was held yesterday on the occasion of the opening of the new court in the picnic area of Barać’s Cave.

This year, the Public Institution of Barać’s Cave enriched its picnic area in Nova Kršlja with a badminton court in order to promote staying in nature through sports and recreation.

Four teams had the opportunity to try out the new badminton court at Friday’s tournament: Athletic Club Plitvice, Cycling Club Black Queen, Quad team Plitvice, and one of the teams were the employees of the Public Institution Barać Caves. The Black Queen Cycling Club were deserved winners of the tournament. Third place went to a team of employees of the Institution, while the Quad team Plitvice finished second. 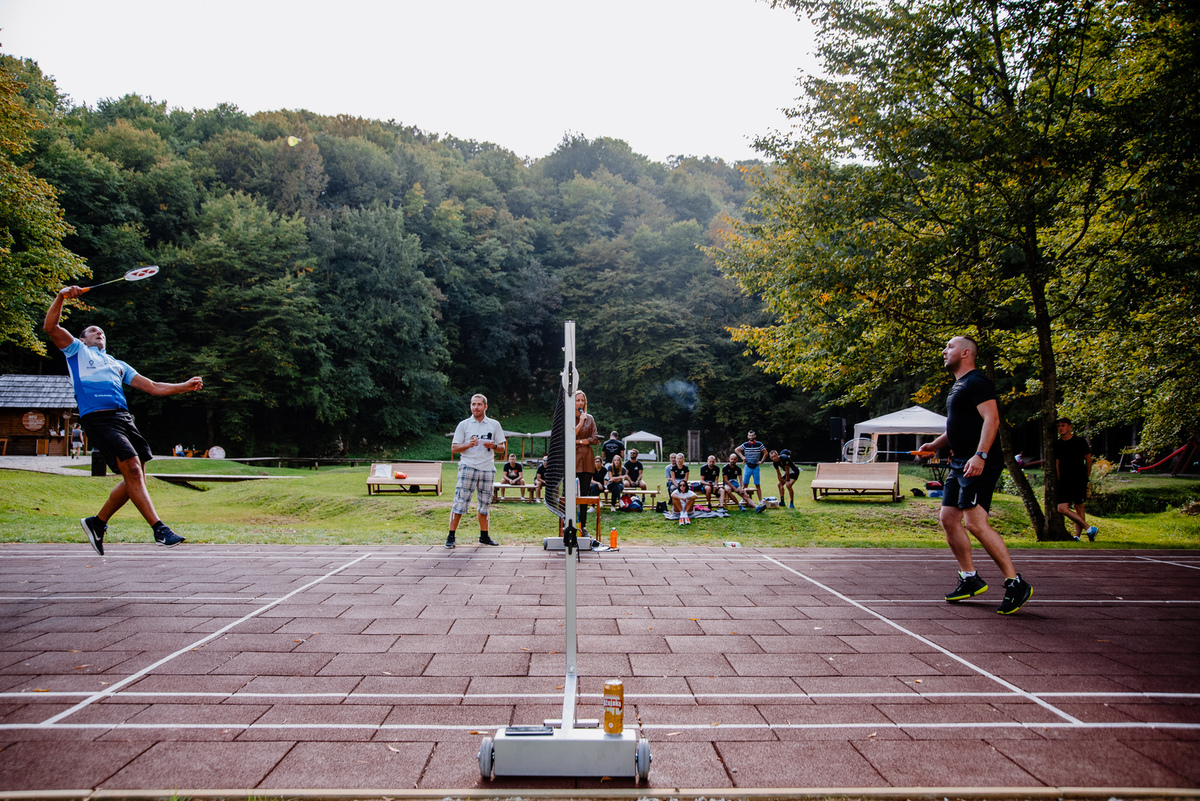 The Institution says that the tournament was organised on the occasion of the opening of new facilities intended for all ages, and the goal is to motivate as many people as possible to sports and recreation in nature.

“Our wish is to revive the area, to attract the young and those a little older, eager for activities and staying in nature. In addition to the children’s playground, mini football field, there is now a fully equipped badminton court. We tried to meet the needs of all citizens, athletes, recreationists, schoolchildren, and children,” said the director of the Public Institution Barać Caves, Tihana Oštrina, on the occasion of the opening. The court is located on the access part of the picnic area, partly on a sunny meadow and partly in a wooded shade. It is completely paved with anti-traumatic surfaces, contains space for equipment and an auditorium, which meets all international standards for play and competitions. It is possible to play individually and in pairs, they also offer the complete necessary equipment, rackets, and balls.