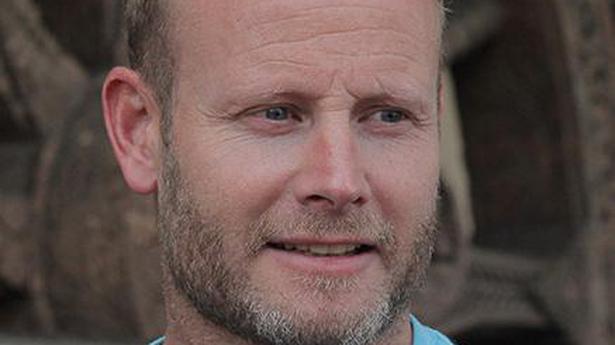 Patience is the key for the Indian national hockey teams that are yet to get back to optimal training.

The players reassembled for the national camps in early August but with six men testing positive for COVID-19, the quarantine period and SAI restrictions, the players — both men and women — began proper training only last week. And the coaches are in no hurry to rush them on.

“One of the most important things is to manage expectations. They will not come back at their old levels immediately. It is important to accept things as they are and give yourself and your players that time.

“I know the NFL has had 26 hamstring and six ACL injuries in two weeks.

“ We have to be careful, not rush in too soon because you really need to have patience,” women’s chief coach Sjoerd Marijne said during a Hockey India webinar on Saturday on resumption of activities.

Goalkeeper Savita agreed, adding that training during lockdown was not at the same level as before. “We did some activities in the hostel also.

“There were light sessions with Janneke (Schopman) and Wayne (Lombard) on agility, reflexes, footwork, eye contact etc.,” she explained.

“We need all the time we can get. It takes time to get back to the levels we were at. You go up very quickly but it also breaks down really fast and in lockdown, you can’t move much.

“Playing hockey is not the same as doing exercises in your room, which makes it harder to come back to old levels of fitness, without injuries.

“Others like Netherlands are already playing every week and if we don’t do it now, we will get further behind those countries,” he said.

P.R. Sreejesh admitted the restrictions were initially a struggle but were now routine. “We were like free birds suddenly put in cages when COVID first struck, forced to follow guidelines we had never known before.

“The Pro League games were fantastic and now we are without competition for almost 6-7 months.

“We had to do everything consciously early on but now masks and sanitisers are part of the routine and everyone’s mentally prepared to adjust to the existing situation,” he said.

‘You are a legend’: Local fighters remember Gene Vivero, whose Oak...

How these siblings’ efforts to popularise chess drew the attention of...

One hectic job to fit in all four majors in one...

ABOUT US
Backbenchers is a Sports News Website From India. We provide the latest Sports News & Live Updates Also find live scores, fixtures or schedules, points table or team standings & match updates on all sports like cricket, football, kabaddi, tennis, hockey, volleyball, kabaddi and more. Also, we promote all-new sports items for you.
Contact us: [email protected].org
FOLLOW US
© 2020backbenchers. All Rights Reserved. This site is an affiliated with Amazon associate account.
MORE STORIES
YOGA