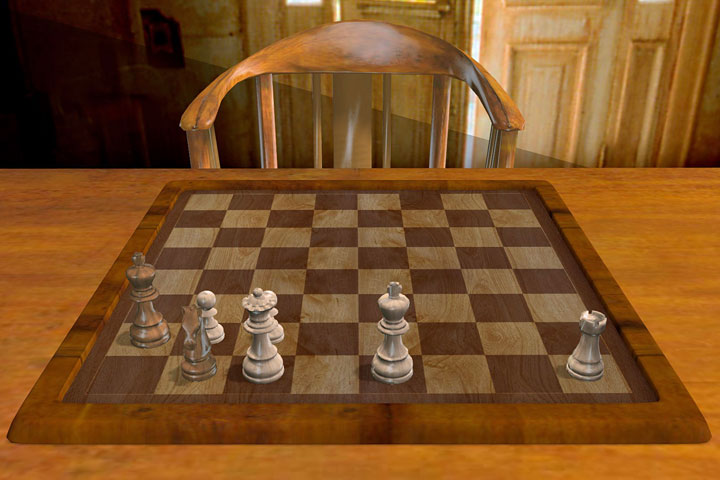 
9/14/2020 – Publishing chess problems on this news site has a long tradition: especially at Christmas time we publish a set of entertaining puzzles for our readers to solve. But over the years – two decades actually – it became progressively more difficult to find problems that chess engines could not solve in seconds. It became pointless to issue a challenge and provide prizes. So we have taken to giving you problems which cannot be solved by computers. Here are some samples from a collection by Burt Hochberg.

I have always been interested in unusual chess problems, where composers can express new ideas and think out of the box. So I took to presenting problems where chess engines cannot assist the reader.  In this endeavour I was, in recent times, ably assisted by problemist Werner Keym. But I remained on the lookout for new problems. 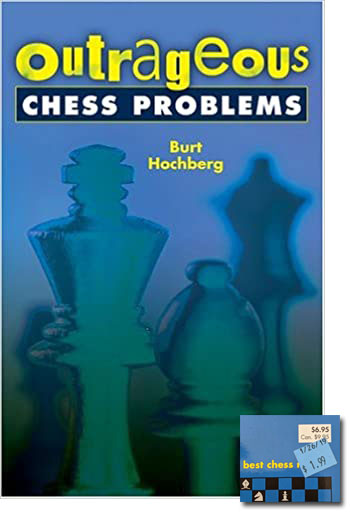 Last week I came across a problem that was imminently suited for my purpose. The source given was a book by Burt Hochberg called “Outrageous Chess Problems”, published by Sterling in 2005 (© Hochberg as “Chess Braintwisters” 1999). This I had to have. Unfortunately it seemed to be out of print, and after searching for a while on the Internet I decided to try a different venue: my chess library. And there on the shelf was Hochberg’s book, which I had bought many of years ago, as a special offer for just $1.99.

Opening the book I found that many problems were quite familiar to me. A large number were marked by a pencilled “X”, meaning I had at the time been particularly impressed or enchanted by them. I also discovered that the book has a very useful chapter on non-standard rules and on chess variants. This takes on new meaning in light of the efforts by Vladimir Kramnik and DeepMind to define and research new variants of chess, as we recently reported. 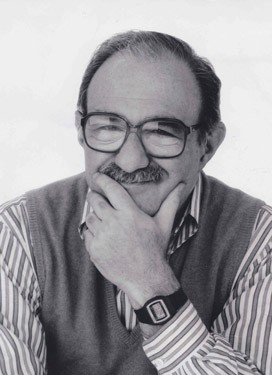 A word about the author, whos company I enjoyed in the 1990s: Burt Hochberg, born in 1933, was a puzzle expert in chess and other games. He authored and edited many books. Here’s a list of some of his publications.

Hochberg also served as editor of both Chess Life (from 1966 to 1979) and GAMES magazine. He died in 2006. You can find a very nice biography of him in the US Chess Hall of Fame.

In any case I am now well equipped to give you, dear readers, problems that require you to think – rather than simply press Alt-F2 in Fritz or ChessBase. Today I will give you a sample of what is in store.

A selection of outrageous problems

“Although this book is dedicated to the proposition that all forms of chess composition are created equal, but unorthodox compositions are more equal than others,” writes Burt Hochberg, and starts with some classical examples.

This is the second position in his book. You may have seen it before, but if you haven’t I urge you to spend some time thinking about how to add a pawn that allows a mate in two moves.

This is a “miniature” (seven pieces or fewer on the board) and a so-called “twin”. The latter because a minor change – moving the white king from d4 to c3 – gives you a different, equally pleasing problem. Here, if you run into difficulties, your computer will give you instant solutions. But at least tell us why this problem is pretty unique in chess composing history. Pal, we miss your creativity.

In a normal helpmate Black starts and helps White to mate him in the required number of moves. Here that means in four half-moves: Black moves, White moves, Black moves, White moves and Black is mated. “Set play” is what a line of play is called if it starts with the other side. In that case a mating position can be achieved in three ply: white move, black move and white move mate. The mating manoeuvres are very different, with each having an artistic point. Try and figure out why they are each unique. Congratulations if you succeed.

Hope you enjoyed these unusual problems. Please do not post any solutions in our feedback section below – I will provide them next week. Please just tell us whether you were able to solve the problems (which ones?) and whether you enjoyed the challenge. I will continue in this vein if you did.