GM Nihal Sarin was behind until game 18 before eventually beating GM Anton Smirnov, thanks to better bullet skills. The final score was 14.5-12.5 for the Indian GM in this quarterfinal of the Junior Speed Chess Championship sponsored by ChessKid. The next match is on Friday between GM Sam Sevian and GM Alexey Sarana.

The match was closer than predicted as Smirnov did better than expected. The five-minute games should end in 4-4 according to SmarterChess, but the Australian GM surprisingly won this segment 5-3 after he was up three games.

Smirnov (@AntonSmirnov) was still a point ahead after the three-minute segment, but Nihal (@NihalSarin) leveled the score right away in the first bullet game and won that part 6-3.

In game seven, Smirnov took a three-point lead with the black pieces as he conducted a decisive kingside attack. Along the way, he missed an even prettier way to win, spotted by commentator GM Daniel Naroditsky:

The match saw a lot of exciting games with wild tactics and evaluation bars changing fast. The following two examples were joys to watch despite ending in draws. The limited time-control definitely harms the objective quality of the games, but that’s part of the deal.

Here’s game 13, where White goes from winning to losing and then back to winning but lacks time on the clock to finish:

Game 15 is another great one that saw the Botvinnik Variation of the Semi-Slav, a line that’s almost always good for attractive games. The funny thing about this encounter is that every single move, until the very end, was approved by the engine!

Nihal won the first two bullet games to turn a one-point deficit into a lead. Smirnov won the next to tie again, but with three straight victories, Nihal then delivered the knockout blow. Here’s the penultimate game, another wild one:

Nihal said it helped that he could win the last five-minute game after having lost three in a row: “I was not playing so well in the five-minute portion, and Anton played extremely strong. I was getting crushed there but the last win helped quite a lot.”

“I knew I had to focus on the longer time controls to try to have a chance to win the match,” said Smirnov. “I kind of did that well in the five-minute section, but then in the three-minute section, I didn’t play that well.”

The live broadcast of the match with GM Robert Hess and GM Daniel Naroditsky. 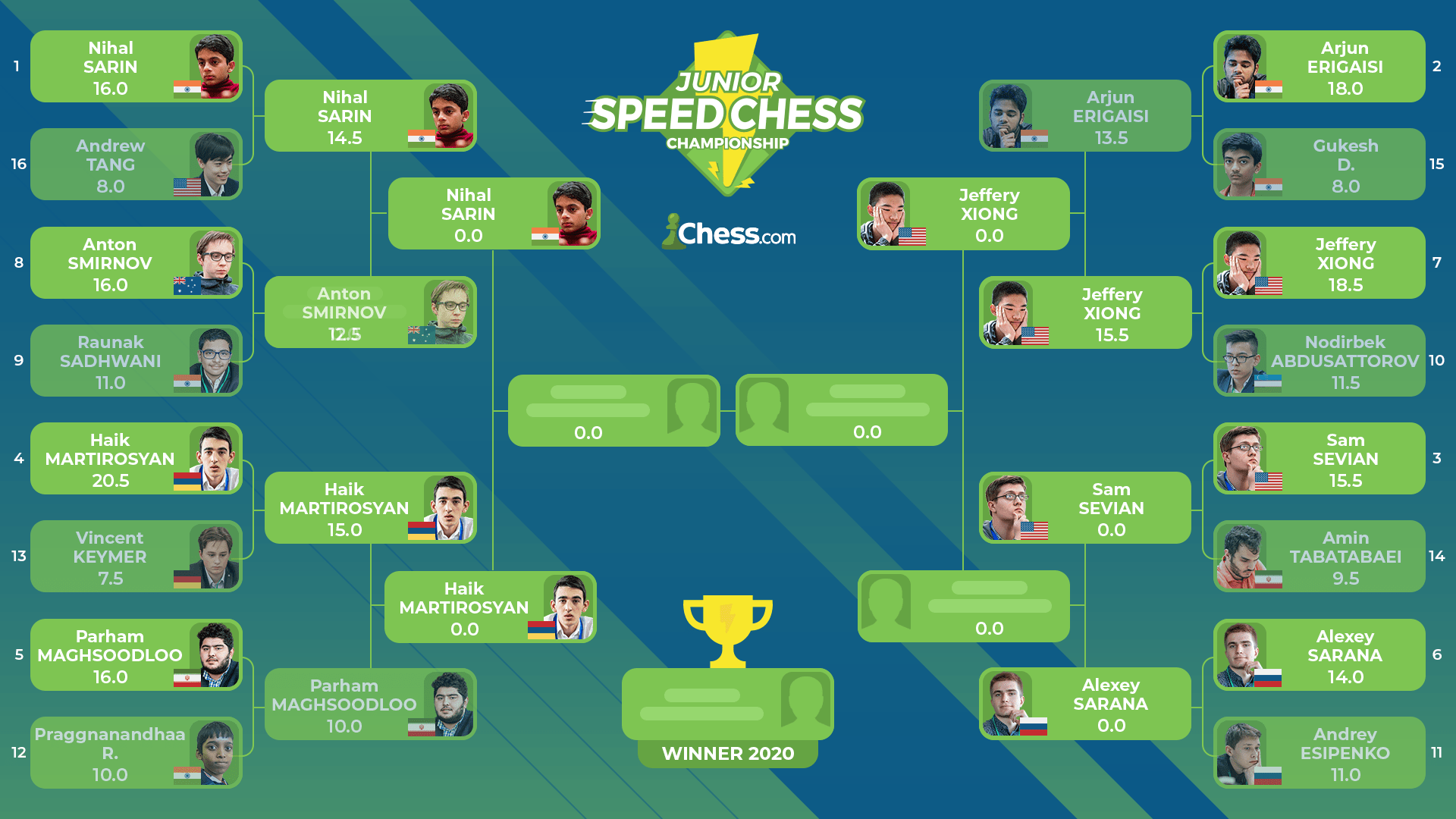