The first match of this year’s junior championship was between the top seed and the 16th seed. However, with Tang’s reputation of being one of the strongest bullet players on the planet, it wasn’t fully clear to what extent Nihal was the favorite in this match.

According to Chess.com odds calculations, this was the case, and the Indian youngster delivered.

Nihal (@nihalsarin) won the five-minute portion 4.5-3.5 and the three-minute 5.5-2.5. But that was before the bullet, right? Well, also there Nihal was the stronger player as he crushed Tang (@penguingm1) 6-2. A stunningly big win for the Indian grandmaster.

Game eight, the last one with a five-minute time control, was one of the best of the match. Nihal was up a queen against rook and two pawns, and Tang’s position looked like a fortress (but it wasn’t). With both players playing their last 60 moves or so with just seconds on the clock, Nihal managed to convert in the end. Very impressive.

“The match was very close throughout, said Nihal. “The five minutes, it was very tough for me. Somehow, Andrew was playing extremely well and very fast. At some point, I was just trying to not get so angry. At some point, it just started going very well for me.”

The Indian GM added some more nice words about his opponent: “I knew it was going to be very tough. Andrew is, of course, very fast and strong, and I’m a big fan of him!”

The live broadcast of the match.

Remaining matches in the round of 16: 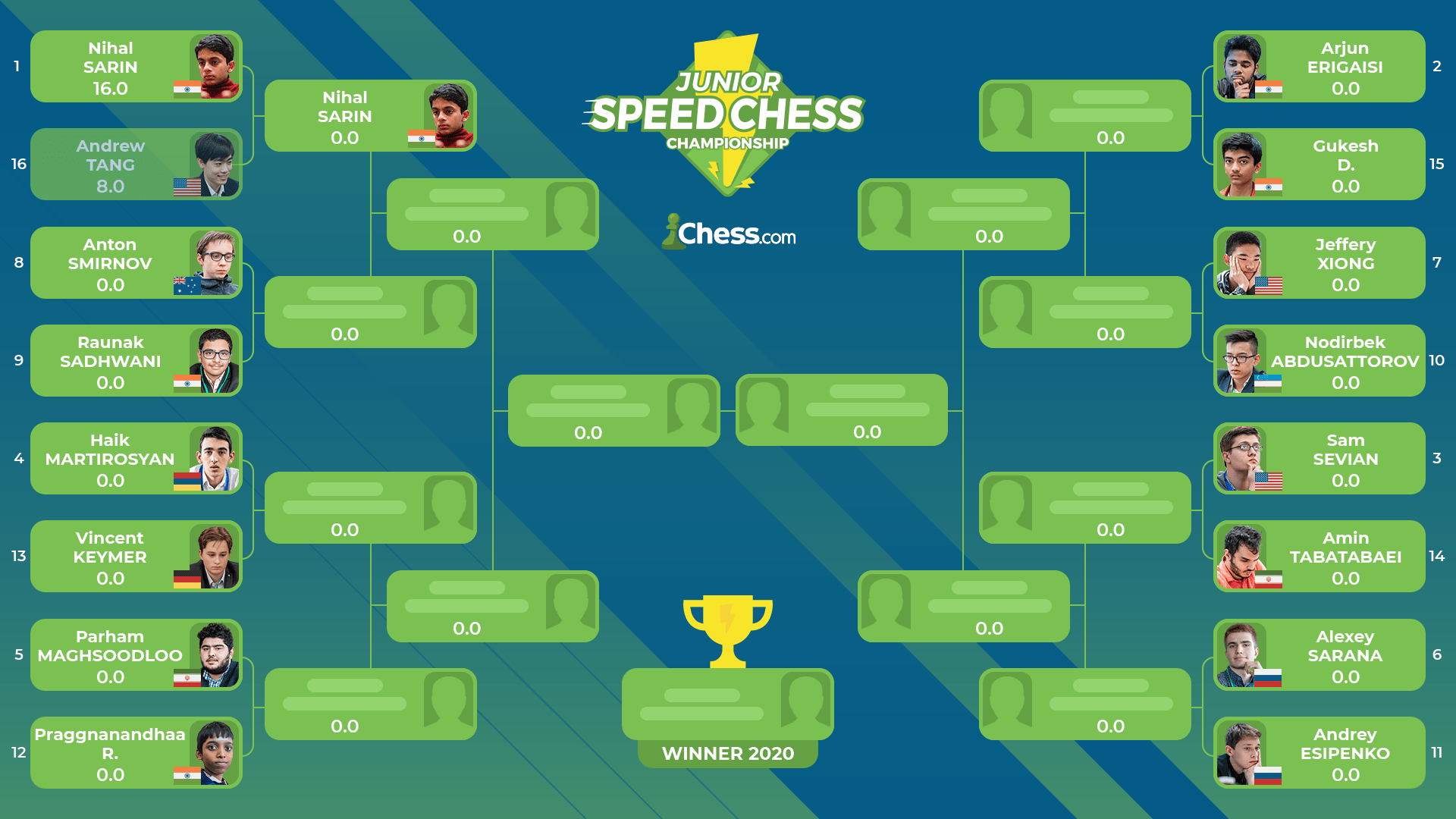