Sri Lankan seamer Isuru Udana has come out in support of India cricketer Ashok Dinda, who has been a constant target of trolls on social media platforms. The Sri Lankan cricketer took to Instagram to show his respect for the Indian cricketer. Sharing a story on his account, Udana took a small screengrab of an interview of the Indian cricketer speaking about the hardships he went through to make it to the big stage.

“This man got more than 400 wickets in first class. Never judge someone without knowing the whole story. You may think you understand, but you don’t,” Udana, who is a part of IPL’s RCB franchise, wrote on his story. 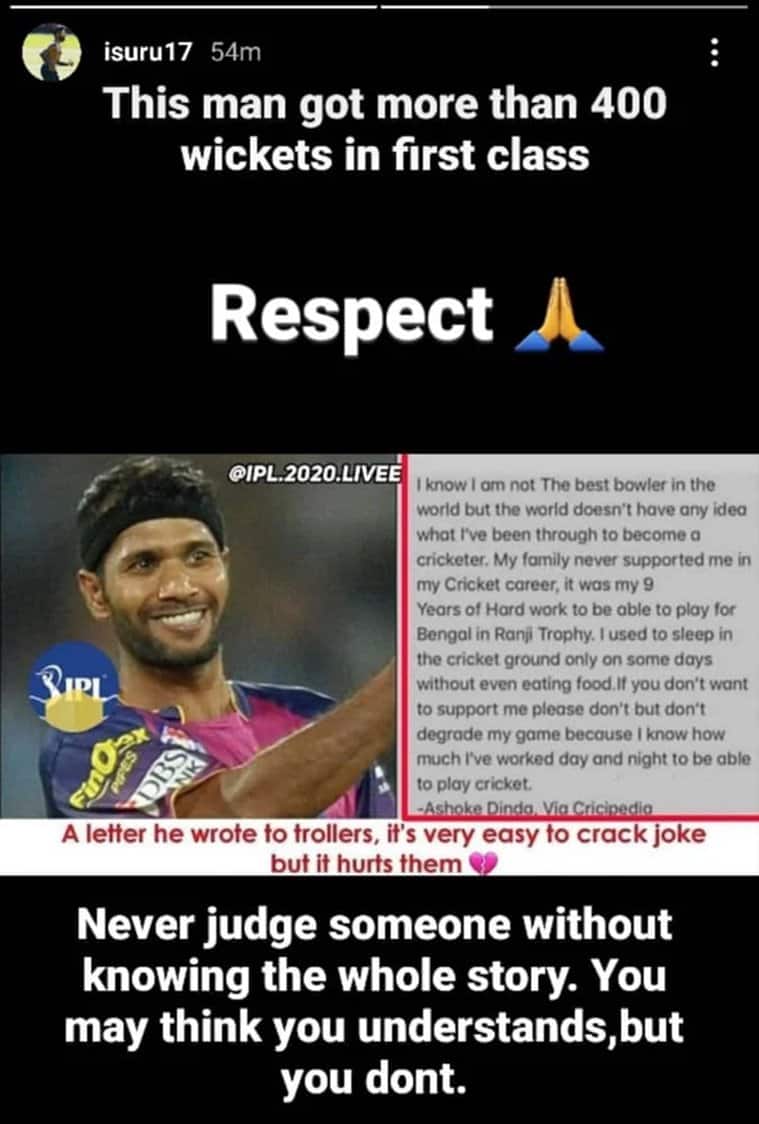 Dinda was part of the Indian Premier League from the inaugural edition in 2008 till 2017, in which he featured for five teams. However, Dinda’s inconsistency has given people the opportunity to troll him.

It has reached up to such an extent that if a bowler produces a poor show, he’s often called to be a part of the ‘Dinda Academy’.

I personally have no hard feelings for anyone and have always had a fondness for the team for legends like ⁦⁦⁦@imVkohli⁩ , ⁦@ABdeVilliers17⁩ , ⁦@henrygayle⁩ and also since I had once called it home. You are surely answerable ⁦@RCBTweets⁩ pic.twitter.com/qGKEIAhhIT

Meanwhile, the 36-year-old cricketer is all set to play for the Goa Ranji team in the upcoming domestic season. While playing for Bengal he picked 339 Ranji Trophy wickets and overall, he has 420 first-class wickets to his name.

He has also represented India in 13 ODIs and has 12 wickets under his name. In T20Is the bowler has taken 17 wickets at an economy rate of 8.17.

BackBenchers - March 5, 2021 0
MELBOURNE: Former Australia batsman Usman Khawaja has called for Steve Smith to take back the captaincy of the Test side once Tim Paine's...