WITH a few cities of the State permitting badminton activities, Nagpur District Badminton Association (NDBA) has requested Mayor and Commissioner of Nagpur Municipal Corporation to let them begin the training and other activities which would be helpful for thousands of players as well as hundreds of coaches. Since the lockdown was imposed to break the chain of coronavirus in the country in March, sporting activities have come to a standstill. With Maharashtra Government’s ‘Mission Begin Again’ several business establishments as well as restaurants and other eateries have been permitted to do their business. Citing reopening of these establishments through Unlock phases, NDBA requested the civic authorities to allow them to start badminton activities, which is a non-contact sport. 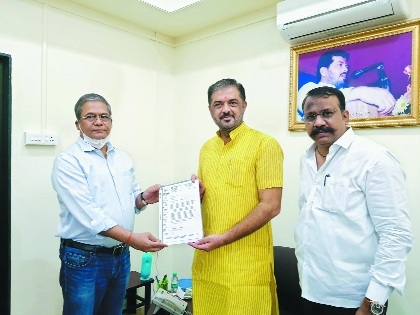 According to the letter addressed to Nagpur Mayor Sandip Joshi and NMC Commissioner Radhakrishnan B, NDBA pointed out that the administration is yet to permit indoor sports activities. They also enclosed the permission letters which other cities like Pune, Aurangabad and Vasai Virar got from their municipal corporations. “The Maharashtra Government has already initiated the unlock procedure and issued several directives in resuming various activities in our state. While commercial establishments and restaurants have opened the indoor sports are yet to find relief.

We have requested to Sports Minister and Chief Minister to consider our appeal for resumption of badminton,” Mangesh Kashikar, Secretary, Nagpur District Badminton Association appealed. Earlier this month (October 10) the Maharashtra Badminton Association (MBA) had requested Sports Minister Sunil Kedar and Chief Minister Uddhav Thackeray for resumption of badminton activities. MBA President Arun Lakhani and Secretary (tournaments) Kashikar had met Kedar and put forward the problems players as well as coaches are facing since last seven months in the State.

The officials had urged Kedar to immediately look into the matter for the betterment of badminton fraternity. Kashikar also brought forwards the problems players as well as coaches are facing during these testing time. “You can understand the agony and restlessness of thousands of badminton players as well as hundreds of badminton coaches in our city who are sitting idle since last seven months,” Kashikar pointed out. The association also said that they would strictly follow all the SOPs put up by Maharashtra Olympic Association and Government of Maharashtra in toto once the permission is given. “Badminton is a non-contact sport and as such badminton activities have started on full fledge scale in most of the parts of the State except in ours. We assure you that if (badminton activities) resumes, we will follow SOPs laid down by Maharashtra Olympic Association and Government of Maharashtra in toto,” pledged Kashikar.

“The coaches all over the State are suffering very severely as they have no income to survive. Similarly, many best players from our city have been left with no choice than to go to other States for practice and training thereby causing a big loss to our Nagpur city. We therefore humbly request you to resume badminton activities in city,” the letter stated. Earlier, over 200 coaches of the State had written a letter to MBA President Lakhani and had also sent a copy to Badminton Association of India President Himanta Biswa Sarma, Sports Minister Kiren Rijiju, Maharashtra Chief Minister Thackeray and MBA Secretary SA Shetty requesting them to let them resume badminton activities in the State.