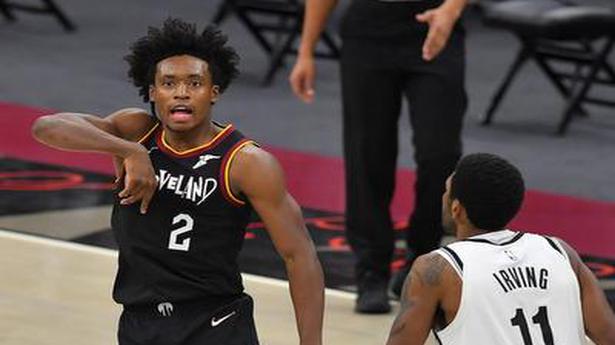 Collin Sexton carried Cleveland Cavaliers to a second straight win over Brooklyn Nets on Friday, scoring 25 points and dishing out nine assists in a 125-113 win. Just two nights ago he had posted a career-high 42 points against the same Nets.

Sexton once again outplayed Nets big guns James Harden and Kyrie Irving, just as he did in the Cavs’ thrilling 147-135 double overtime victory on Wednesday.

Kyrie Irving scored 38 points in his second game after a two-week absence, while James Harden scored 19 points and had 11 assists.

Also, Luka Doncic finished just shy of a triple-double with 36 points, 11 assists and nine rebounds to power Dallas Mavericks to a 122-117 victory over San Antonio Spurs.