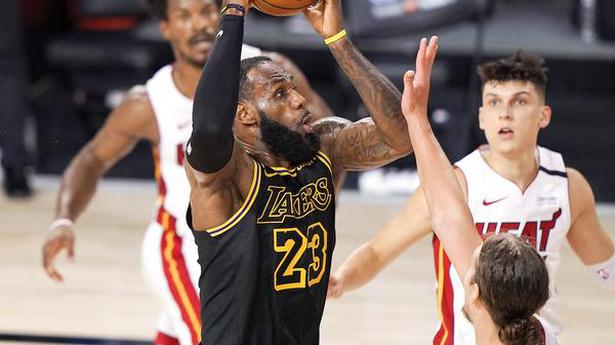 James and Davis combined for 65 points in the Lakers’ 124-114 victory over the Heat, which put Los Angeles halfway to victory in the best-of-seven championship series.

They are the first Lakers duo to score 60 points in a Finals game since O’Neal and Bryant achieved the feat in 2002 — when it claimed a third straight title.

After O’Neal departed the Lakers — his relationship with Bryant famously soured — Bryant won two more titles with the Lakers in 2009 and 2010.

James, playing in his 10th title series and with championships with Miami and Cleveland on his resume, recalled watching the Kobe-Shaq pairing when he was a High School star.

“Obviously we knew the force that Shaq brought to the table, but the elegance and force that Kobe played with, as well,” James said.

“To be in the conversation with those two guys, myself and AD — is just very humbling, because I know I grew up watching those guys.”

Lakers wore their Bryant-inspired Black Mamba kit on Friday and remained unbeaten in four playoff games when wearing it.

James said that his and Davis’s roles in the team can’t be precisely compared to those of Shaq and Kobe.