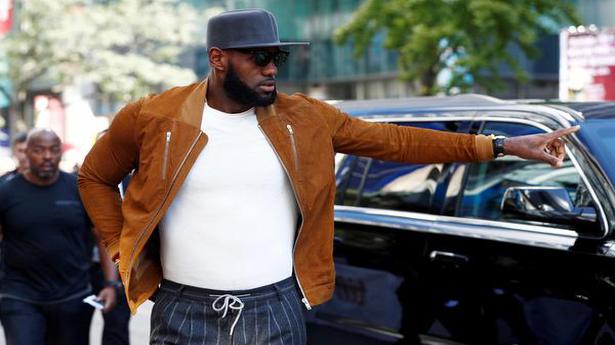 LeBron James says he is not thinking about his basketball legacy as he closes in on a fourth NBA Finals victory with the Los Angeles Lakers here on Friday.

James is within touching distance of yet another championship as the Lakers head into game five in Orlando with a 3-1 lead in their best-of-seven series against the Miami Heat.

But while a fourth championship ring is certain to stir debate about James’ precise ranking in the pantheon of NBA greats, the 35-year-old superstar says he has given it little thought.

“I don’t really think about it too much,” James told reporters on Thursday.

James said he was more preoccupied with his legacy as a role model and social justice campaigner.

“What I do off the floor is what means more to me than what I do on the floor,” said James, who this week received a time-honoured accolade reserved for elite US athletes by appearing on the box of the Wheaties breakfast cereal.

Students from James’ ‘I Promise’ School, which he started in his hometown of Akron, Ohio, also appeared on the box.

“Seeing my kids on the back of a Wheaties box yesterday was one of the best moments of my life,” James said.

“Seeing my mom unveil the box back in my hometown of Akron, Ohio, yesterday was some of the best news, videos and pictures that I’ve ever seen, that I could ever get.

“The game of basketball will pass me by. There will be a new group of young kids and vets and rookies throughout the course of this game. So I can’t worry about that as far as on the floor.

“How I move, how I walk, what I preach, what I talk about, how I inspire the next generation is what matters to me the most. And if you appreciate my game, then cool. If you didn’t, then that’s cool, too.”

James, a long-time advocate for social justice, has been one of the most prominent voices among NBA players this year during the protests against police brutality and systemic racism that followed the death of George Floyd in Minneapolis in May.