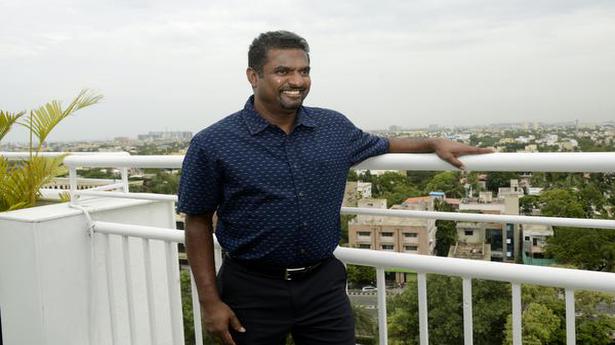 Critics have cast Murali as a ‘generic’ Sri Lankan Tamil to inflame their biases, but his story is more deeply layered

Occasionally, Muttiah Muralitharan has spoken of the anti-Tamil pogrom in 1977 when Sinhalese mobs ran a blade 12 inches across his father’s back, then burned down the family’s biscuit factory on the outskirts of the hill capital of Kandy, Sri Lanka.

In recent years, this harrowing story has been recounted at political events in support of Sri Lanka’s President Gotabaya Rajapaksa, and his Sri Lanka Podujana Peramuna (SLPP or People’s Front). The suggestion from Murali is that if he can forgive this heinous act of racial violence and go on to become one of Sri Lanka’s most celebrated figures, forgiveness should be beyond no one. This is glib, of course. For many Sri Lankan Tamils who suffered the appalling privations of war for decades, and were not insulated by the kind of wealth and status Murali enjoyed from his youth, forgiveness could not — and perhaps should not — come so easy.

Also read | Writer of Muralitharan biopic: ‘There are shades of grey in 800′

But is Murali any more guilty of simplistic reasoning than those who have spearheaded the backlash against his biopic, 800? Across social media, Murali has been flamed as a traitor to the “Tamil cause”; accused of sidling up to the Sinhalese to perform the role of the Tamil mascot through whom southerners lived out delusions of their own benevolence. That Murali’s forays into political conversation have ranged from naive to calamitous is plain. (It is a view held even by some of his closest confidants.) But the suggestion that he should uncritically attach himself to the “Tamil cause” requires investigation.

Many layers to history

There is layered history here. Thanks largely to its position along one of the planet’s busiest maritime routes, the island is a place of near-unfathomable ethnic, religious and historical complexity. Waves of migrants have arrived over several millennia, some from North and East India, from the Malabar coast, the Arabian gulf, and from Java, each group forming a unique relationship with the state. Tamils, likewise, had come in waves, for over 2,500 years, and Malayaha (hill country) Tamils, from among whom Murali hails, were among the last to make landfall, lured over by the British to live and labour in hill-country plantations in almost uniformly abysmal conditions, for little pay. More than 150 years into life on the island, Malayaha Tamils remain among the nation’s most impoverished ethnic groups, with most estate workers earning less than 800 rupees (about ₹320 Indian) a day. The community’s health care and education outcomes continue to desperately trail national averages.

More to the point, there has been no substantial political movement from Malayaha Tamils to join the separatist struggle that was produced in the north and east. For Tamils in the hills, economic concerns have long outstripped appetites for self-determination, and still do. Many also feel condescended to by northern Tamils, for their lower caste status, the recency of their arrival, and their use of a more common Tamil than the classical iteration of the language heard in Jaffna. If Murali is betraying the “Tamil cause”, which Tamil cause, exactly? Higher wages for plantation workers was not among the LTTE’s primary demands. Minorities are not always political monoliths.

Although Murali himself grew up in relative wealth, his father and uncle having sold biscuits out of the back of a car to build the business up in the 1960s, it can be no surprise that it is poverty that Murali has concerned himself with in his considerable charitable works. Though at the peak of his cricketing career at the time, Murali had been a key figure in securing the resources to build more than 1,000 homes for tsunami victims after the 2004 disaster. In the years since he has supported significant humanitarian operations across the island. Perhaps this is tangential, but it is certainly not irrelevant. Murali has helped transform more lives through his goodwill than arguably any living cricketer. Many of those who have had his support are Tamils, particularly in the aftermath of the tsunami, when he personally organised and delivered a convoy of lorries filled with supplies to the north.

Perhaps we should not be surprised that in casting Murali as a generic Sri Lankan Tamil, with no mention of his particular community, his harshest critics have stumbled into the same mire of illogic that inflamed the Sinhalese who attacked central hill-country Tamils over separatist agitations in the north and east. Nationalism, of any stripe, makes no concession to complexity. It smelts nuance down to a razor tip, for it has use only for weapons. Only a poster announcing the film was seen, but Indian actor Vijay Sethupathi has been forced to withdraw from the project. Somehow, Murali had not been so toxic when he played for Chennai Super Kings between 2008 and 2010 — years in which the war whipped up to its furious conclusion.

If the film is canned following Sethupathi’s exit, one of sport’s most compelling stories will go untold on screen. Beyond his monumental cricketing exploits, Murali had also been strung up in a career-long tussle over his bowling action, which served as a flashpoint between the sport’s grudging western powers and South Asia’s burgeoning administrative heft. His politics have long been viewed as problematic, but who is to say 800 would not have enriched itself with such contentions? The latest novel from the film’s co-writer, Shehan Karunatilaka, is a searing critique of wartime Sri Lanka. Sethupathi’s track record suggests he possessed the depth and range to honestly and sensitively draw out the conflicts in Murali’s story. Lost on detractors was the notion there can be more than one kind of biopic. Just as there can be more than one kind of Sri Lankan Tamil.

Andrew Fidel Fernando is a writer for ESPNcricinfo, and the author of Upon a Sleepless Isle, an award-winning book on Sri Lanka