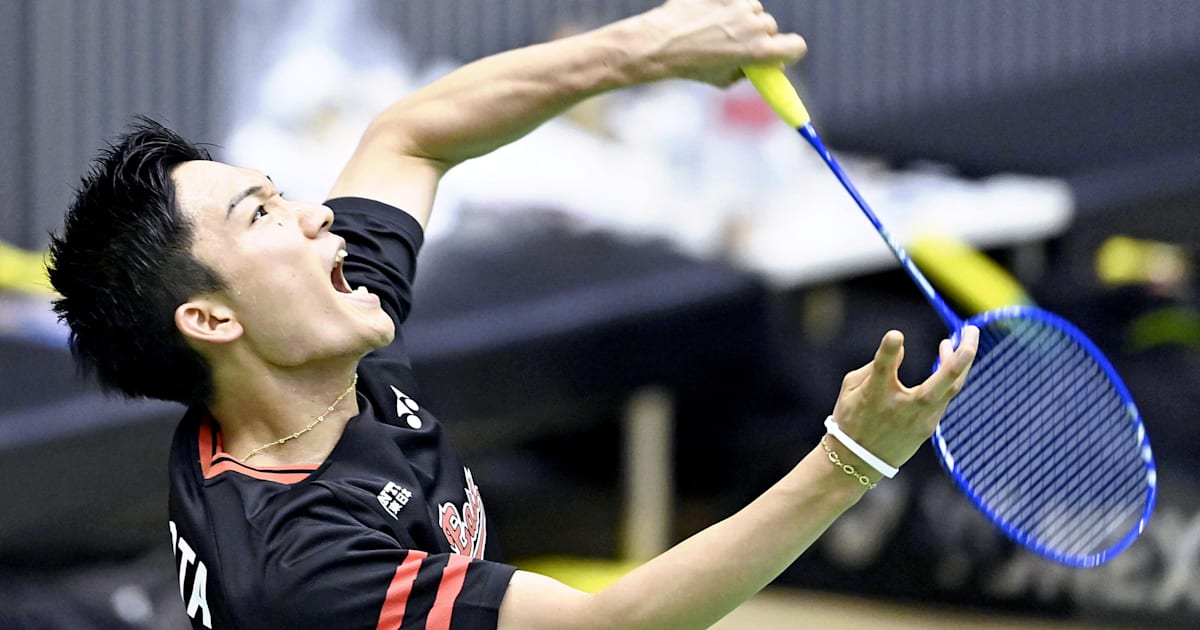 The World No.1 and two-time world champion, Momota’s ‘normal’ is most people’s supernormal on the court.

A car accident in January almost led one of Japan’s great Olympic hopes to give up badminton forever.

Now coach Park reveals just how close he was to playing at the Denmark Open in October 2020.

“I think he’s back at his normal level, I had my coach visit his club team a few times,” coach told BWF.

“His training is going well. He was almost sure to come to [the Denmark Open]. Actually, all the players were ready to come. We had restarted the training on 1st October to prepare for the Denmark Open.

“Then just a few days before the tournament, there was a spike in numbers in Denmark and the club owners asked the players to stay back. We had confirmed everything — hotel, flight tickets, everything was confirmed… but at the last minute, the situation changed.

“Six players decided to come, so we had six players and four coaches and a physio.”

The number one player on the planet, and two-time World Champion, is having…

Park Joo Bong knows a thing or two about badminton.

Now he’s tasked with guiding a mega-talented Japan team carrying great expectations through one of the most challenging periods in sporting history to Tokyo 2020.

Park talked about the chaos and cancellations due to the coronavirus, scared players, and last-minute decisions that have made it very hard to plan and allow the team to play competitively and stay sharp.

Badminton and the pandemic

But there was some good news at the Denmark Open for Japan as Okuhara Nozomi overcame reigning Olympic champion Carolina Marin in the final to claim the women’s singles title.

And there was twice the reason to celebrate in the women’s doubles final as top seeds Fukushima Yuki and Hirota Sayaka won the battle of Japan, beating Matsumoto Maya and Nagahara Wakana to put four Japanese players on the podium.

Despite the encouraging signs, cancelling the rest of the team’s participation at the last minute shows just how hard the pandemic has made planning and training for the coaches.

Park sets out some of the challenges to the BWF and what it’s been like since the beginning of lockdowns with international tournaments cancelled from the last day of the All England tournament on March 15 2020.

“After the All England, all our scheduled programmes were stopped,” he says, “we tried to start in June. But the professional teams – the club teams — were scared of the players getting together at a centralised training camp.

“We tried in June, July, August. We tried but all three times it was cancelled.”

“In Tokyo the infection numbers were high, so we tried to do the central training camp outside Tokyo. But players were scared to travel from Tokyo.”

Retaining that match sharpness only comes from playing at the highest level, so is coach worried that the players might lose their edge?

To make up for the lack of international tournaments, badminton federations have been organising games internally.

“From September we started the national training camp,” Park continues.

“Initially the training was for the (TOTAL BWF) Thomas and Uber Cup Finals, and then the Denmark Open I and II. National coaches hadn’t seen the players for a long time. So when the August national training camp was cancelled, the coaches visited each club and trained with the players for a few days.”

But what about before September, were the players just left to train by themselves?

“The players were all training at their clubs. Before August, the national coaches were advising on training over phone or video.

“The clubs were all right, the training continued after the All England. Each club was different. Some of the later starts were in June. Some had started in May. But the players had continued training by themselves. Only our national training camp started in September.

“I had visited each team in August. I thought the players’ level was not different from earlier.”

For Momota Kento and the rest of the Japan team, adapting, training hard, and giving their all when they get a chance to play is their new normal, and hopes remain high for the rescheduled Tokyo 2020 at home next summer.