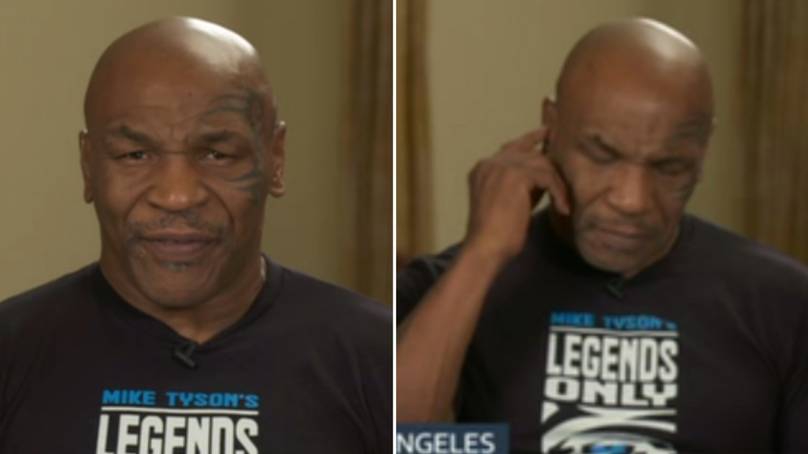 The former heavyweight champion was on the ITV chat show to talk about his upcoming return to the ring on November 28 when he takes on Roy Jones Jr in an exhibition bout.

But the 54-year-old sparked concern from viewers. Tyson, who was live on a feed from Los Angeles, did not have much to say to questions from hosts Piers Morgan and Susanna Reid and slurred his words throughout.

He complained about his earpiece being too loud, had little insight to give on the Black Lives Matter movement or his relationship with president Donald Trump – and didn’t exactly do a great job to hype up his big return inside the ropes.

Tyson repeatedly touched his head and was breathing heavily. Some viewers thought the incredibly awkward interview stemmed from ‘Iron Mike’ being drunk or high from smoking marijuana:

Originally slated for September 12 before it was postponed, Tyson will lock horns with fellow boxing great Jones Jr at Dignity Health Park, Carson in an eight-round exhibition at the end of November.

BackBenchers - March 6, 2021 0
By Sean Jones: Teddy Atlas isn’t buying all the hype that is being dished out about Canelo Alvarez being the greatest Mexican fighter...