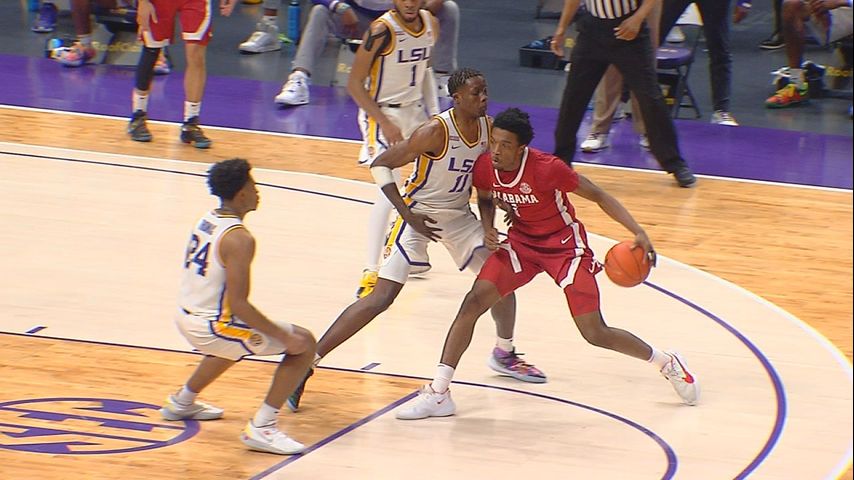 The LSU Tiger basketball team had no answers and not enough defense to stop a smoking red-hot Alabama Crimson Tide team on Tuesday night in the Maravich Center.

Alabama broke their own school record with 23 made three-pointers in a 105-75 blowout win over LSU.  The 23 makes were also an SEC record, but came up five shy of the NCAA record of 28.

The Crimson Tide took an early lead in the game leading 18-4 at the first media time-out of the game and they would never look back from there.

Alabama built a 60-32 lead at the half behind 14 of 19 shooting from behind the arc as this game was never in doubt after the first four minutes.

Alabama had four players in double figure scoring, including three with over 22 points.  The Tide were led by John Petty, Jr. who had 24 points with eight made threes, Petty only attempted one shot that wasn’t behind the arc.

LSU was led by freshman Cam Thomas who had 21 points.

The Tigers are back in action on Saturday when they travel to Kentucky.

BackBenchers - March 7, 2021 0
LOS ANGELES — A judge has issued a preliminary injunction against a Torrance gym owner, directing him to refrain from indoor operations amid...