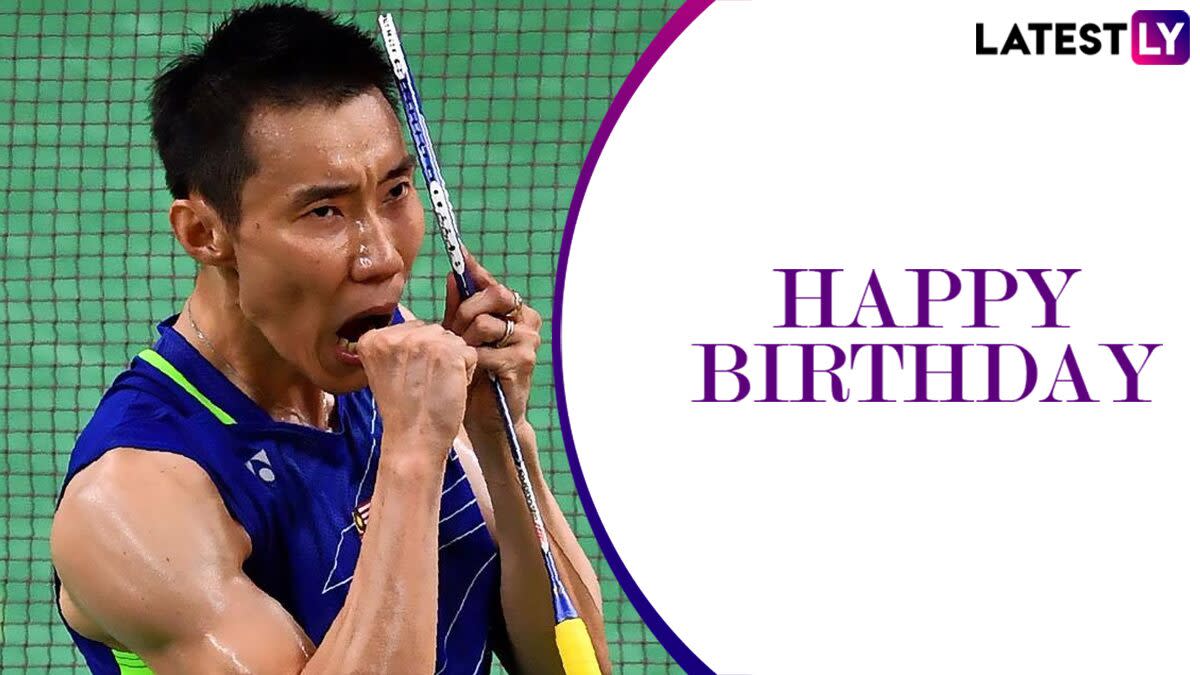 One of the greatest ever Badminton player, Lee Chong Wei celebrates his 38th birthday on October 21, 2020 (Wednesday). Lee is a three-time Olympics silver medallist making him the most successful Malaysian Olympian in history. He has also won three World Championships silver medals and a bronze and is a five-time Commonwealth Games gold medallist. Lee Chong Wei won numerous laurels and medals throughout his career and is celebrated as one of the greatest ever to hold the badminton racket. As he celebrates his 38th birthday, take a look at some lesser-known things about Lee Chong Wei. Sudheer Babu Confirms Signing a Biopic on Famous Badminton Player and Coach Pullela Gopichand.

Lee initially wanted to become a basketball player but had to take up badminton after his mother stopped him from stepping outside to play badminton due to the scorching heat. He started playing badminton at the age of 11 and trained under Teh Peng Huat. At 17, he was drafted into the national squad as a reserve player and this is where he met the love of his life and future wife Wong Mew Choo, a two-time Commonwealth Games gold medallist. Lee Chong Wei went on to become one of the greatest ever badminton players and shared great rivalry with contemporary Lin Dan.

Lee Chong Wei announced his retirement from badminton in 2019 after being diagnosed with nasopharynx cancer ending an illustrious 19-year career that saw him heralded as one of Malaysia’s all-time great athlete and among the world’s greatest badminton players. He had not played since July 2018 after suffering from a respiratory-related disorder.