Home OTHER SPORTS Lakers douse the Heat in Game 1 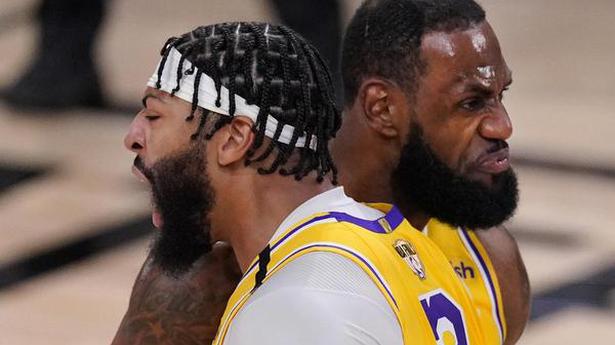 Heavy favourite Los Angeles Lakers dismantled the Miami Heat 116-98 in Game 1 of the NBA Finals on Wednesday, as its opponent struggled with injuries after making a fast start.

Heat got a 13-point leg up in the first quarter but the lead was short-lived, as Lakers drained 11 three-pointers to complete a 30-point turnaround and close out the first half, while Miami’s defence crumbled inside the NBA’s quarantined campus.

Lakers kept the pressure up as two of the Heat’s biggest playmakers — point guard Goran Dragic and forward Bam Adebayo — exited with a foot injury and shoulder strain respectively.

The Heat’s All-Star forward Jimmy Butler, who fell in the second quarter and was seen limping, scored 23 points.