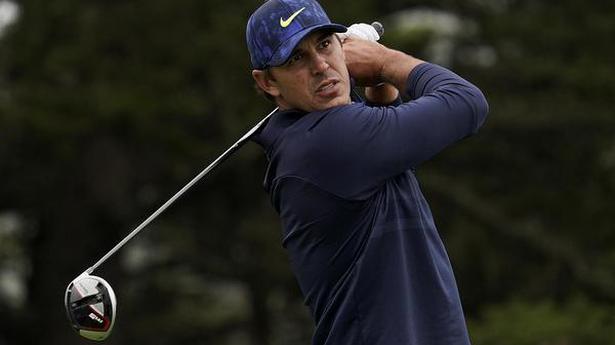 Brooks Koepka, injury troubles “squared away” is back — again — and hoping some good golf will see him end a disrupted 2020 on a high note.

“I’ve got my body squared away, feels a lot better,” Koepka said on Tuesday as he prepared to make his first start in almost two months at the US PGA Tour CJ Cup at Shadow Creek.

Koepka, who started the year ranked No. 1 in the world but was bumped out of the top-10 this week, has been sidelined since withdrawing from the Northern Trust, in August.

The two-time US Open champion missed the Coronavirus-postponed championship as he continued to recover from a hip injury that he says was related to earlier knee trouble.

It was at the CJ Cup in South Korea last year that Koepka slipped on some wet concrete and aggravated a prior left knee injury.

He was sidelined for three months, and played just two months before the pandemic brought the world to a halt.

In 13 starts worldwide this year, the four-time Major winner has two top-10 finishes, including a tie for second at the WGC event in Memphis.

He was in contention at the PGA Championship in San Francisco, but fired a final-round 74. After missing the cut at the Wyndham Championship, he called a halt to focus on treating and rehabbing his hip.

“I really had no idea how bad I felt through the whole year,” Koepka said.

Koepka said he received another round of platelet-rich plasma treatment on his knee about three weeks ago. He also had a painkilling injection in his hip, but was told that rest would be the real key. ”It’s just all about trying to make sure everything’s good. I’m just doing rehab every day and just trying to get better.”

BackBenchers - March 6, 2021 0
Share this article:A judge has issued a preliminary injunction against a Torrance gym owner, directing him to refrain from indoor operations amid the...

Sarita to fight for gold