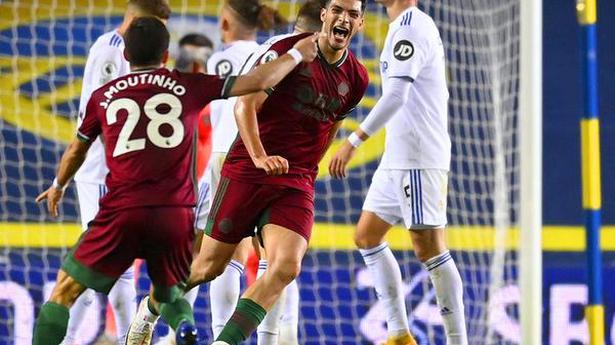 A Raul Jimenez shot that took a heavy deflection off the head of Leeds United midfielder Kalvin Phillips gave Wolverhampton Wanderers a 1-0 away win in the Premier League on Monday.

Leeds dominated possession in the opening half, firing crosses into the box at a variety of angles and threatening from set pieces without creating much in the way of clear-cut chances.

Wolves improved greatly in the second half and had a Romain Saiss goal ruled out for offside before Jimenez drifted in from the right and cut back to shoot. Phillips attempted to head clear, but only succeeded in wrong-footing his goalkeeper.

The victory put Wolves sixth on nine points from five games, behind Leicester City and Arsenal on goal difference. Leeds is 10th with seven points.

Promoted West Bromwich Albion and Burnley fought out a 0-0 draw after both sides missed chances to register a first win of the season.