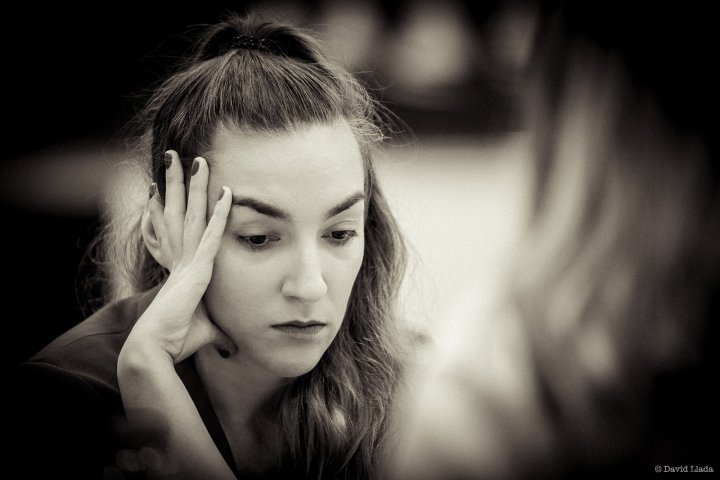 I have always wondered how my life would be without so much travelling, if I had chosen something different than chess as a profession and would spend almost all my time in Bucharest. It seemed impossible to imagine. I was so used to my travelling lifestyle – one week here, ten days there, the weekend elsewhere, constantly changing the environment, the time zones and… the people around.

Every time I had to spend more than a week in Bucharest, I was getting bored because I basically had no life here, I don’t know any of my neighbors (well, now I know that ‘every other day party until the morning’ upstairs guy), I have almost no friends nor family here, so it was more of a transit, lay low, recharge your batteries and fly again kind of place for me and yes, this is a description of what ‘home’ used to mean for me. How else could it be if the average time per month I was spending here was not more than a week?

The pandemic changed it all, or did it not?

Well, when it all began, somewhere in the very beginning of March, I was in the UK, visiting my sister after having played some games in the League there. The initial plan was to rest for a few days, then take the plane from London to Vietnam with a stopover in China. I wanted to play in the strong HD Bank Open in Ho Chi Minh City, then stay for two more weeks, visiting Vietnam. I was very much looking forward to it, as I had a really busy autumn-winter season, having played almost nonstop from the end of September.

I remember when playing at the end of January in Gibraltar, I was oversaturated with chess and the only thing which made me keep on preparing and playing was the thought of that two weeks vacation in Vietnam…

Unfortunately, the tournament was cancelled, and so was my whole trip to Asia. Around March 10, I flied back to ‘my shell’ in Bucharest, right before the whole of Europe went into lockdown.

The first month was strange. The shops were rather empty and the whole atmosphere seemed to inspire nothing else but panic in everyone. I remember going out to buy groceries twice a week at most, and, other than that, spending all my time at home, cooking, reading and watching movies. To be honest, it felt good to just relax and do all the things I normally do not have time for.

By the beginning of April, I started to miss chess…

The virus situation was unchanged, all the tournaments I was supposed to play were getting cancelled one after another and I understood that my ‘shell life’ would have to continue until summer. The question was what to do with all that free time?

I started to play online tournaments, and little by little, my chess life began to become virtual. It was an interesting change, and by end of April I was seriously considering starting streaming, as it became popular among chess players. I also saw it as an opportunity to get to know more people, to have at least some ‘social life’, and to maybe earn some money.

Yes, it was a rather big issue. I am a professional chess player, but I was not giving lessons at all, and my earnings depended solely on the tournaments and leagues I would play in. Streaming saved my sanity, I think. I started to have an actual schedule to stick to and my bank account statement was finally getting some ‘+’ transactions.

The online tournaments I was playing in were sometimes fun, but mostly disappointing, as I encountered quite some cheating. I remember losing a game against a girl who had a 1700-rating in classical chess, but who always followed the first or second suggestion of the engines. The most disgusting aspect of this was and is the fact that there were so many similar cases, and that the online chess portals just seem to be unable to take action against them.

It was even more frustrating to see all those ‘elite’ tournaments every week, in which top 20 players shared tens- or even hundreds of thousands of dollars while my monthly balance was a steady ‘-‘. It felt like nobody cared about me, and by me I mean all ‘non-elite’ chess professionals. The fact that I was the #1 Romanian women player and #30 in the world on the FIDE Women’s List meant absolutely nothing.

What should we do? Start giving lessons? You cannot find ten students just like this, out of the sudden… These three months I spent at home opened my eyes. I realized that being focused solely on chess has a lot of downsides. I also got really disappointed in all the Official Chess Organizations, as their only concern seemed to be how to organize more and more ‘elite’ tournaments and broadcast them to get as many viewers as possible.

Even before the pandemic, I knew that chess was mostly an individualistic sport, but then there were still Team Tournaments, league events, in which you felt to belong. 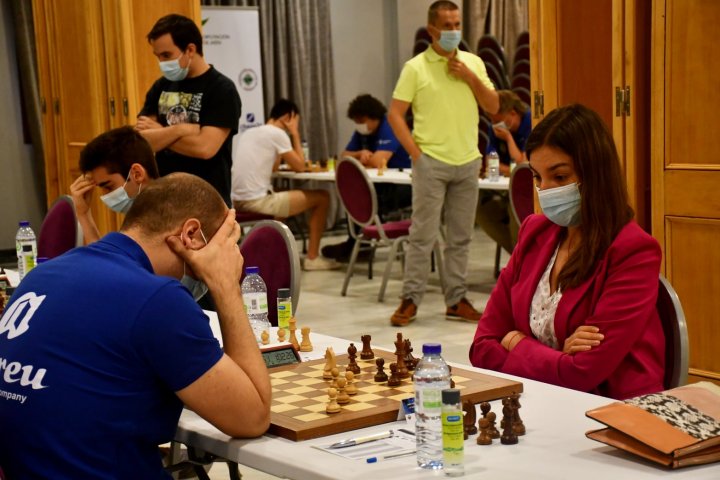 Playing in the Spanish League in Linares 2020 | Photo: Official Site

But after the pandemic, I can say that chess is not only an individualistic sport – it is a selfish and cruel one.

By the end of May, I started to get some invitations for over-the-board tournaments again. I was happily accepting all of them, making as many chess plans as possible for the summer months! Luckily, most of them took place as scheduled and by the end of September, all the ‘sorrows’ of my virtual chess life were forgotten. I was changing environments again, meeting new people, enjoying playing ‘real’ chess and finally getting more ‘+’ transactions. 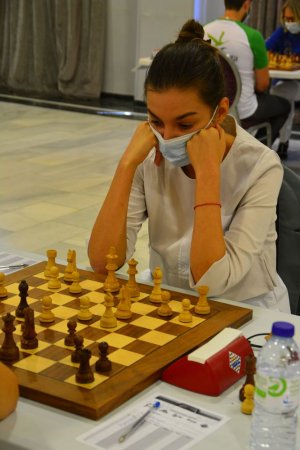 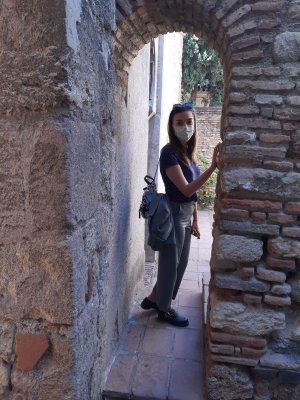 Travelling again – but with a mask | Photo: Personal Archive

The last ‘over-the-board’ tournament I played took place in the middle of October, in Northern Macedonia. Filled with positive emotions, I got back to Bucharest somewhere around October 14, 2020. Since then, the second wave of the virus has been rampaging through Europe, and once again all the tournaments are getting cancelled one by one.

This time, I am not pessimistic, I don’t feel any anger or frustration… My expectations cannot be disappointed because they’re already under sea level. I know, I’m on my own. I’m not part of the chess elite. Number 1 in Romania – so what? Top 40 in the World – who cares? Top 100 – how dare you speak?

95% of the professional chess world is on its own once again, and I don’t know how many of us will have the strength to love chess the same way we did before the pandemic.

BackBenchers - November 27, 2020 0
Price: (as of - Details) Light weight and Durable Whether you are starting out or are an experienced player, these cricket balls are...