Home Cricket IPL, and the journey from instinct to data mining 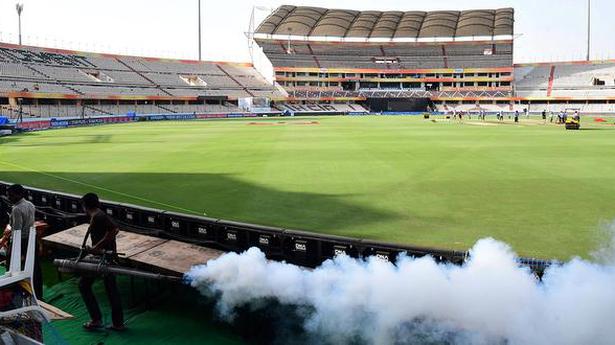 Initially dismissed as a clown’s version of the real game, T20 cricket has discovered hidden depths

Since the first IPL match in 2008, many things have changed tactically. Bowlers, especially spinners, have come into their own; the importance of fielding (and particularly, throwing) has been further endorsed. But one thing hasn’t changed: the game is still about hitting sixes.

A batsman who can hit three sixes (and ensure that 117 deliveries remain in the innings) is more valuable than one who bats through three overs for the same number of runs.

Teams have understood that volume of runs by an individual is less important than the rate at which they are scored. As Tim Wigmore and Freddie Wilde say in their excellent book Cricket 2.0, “in T20 it is possible for a batsman to make a large number of runs while harming his team’s chances of winning.”

Such thinking is commonplace now, ever since coaches began to pay more attention to data. Cricket appreciation too has kept pace. It was one of the game’s conceits that a well-made 40 was worth a century that was full of mistakes the batsman was lucky to get away with. If Gundappa Viswanath played a delicate late cut, that was worth the price of the ticket in the reckoning of many spectators, no matter what his ultimate score, or the result of the match.

That might have been a legacy of Neville Cardus’ lyrical writings. He saw in Victor Trumper’s batting, for example, the music of Wagner and the painting of Turner. The scoreboard, he often claimed, was an ass. He once went so far as to describe how a forward defence by Archie Maclaren had a “majestic rhythm” before informing us that the batsman had misread the spin and was bowled. But “nobody other than a giant of the game could have made a duck so immaculately.” That might read like a self-parody, but the point is made. The scoreboard is an ass.

For decades, Cardus decided how we ought to watch cricket, and his mantra was spread by both players and writers who followed him. The coach who told Learie Constantine that his feet were positioned wrongly and his shoulder pointed in the wrong direction had, in the reckoning of the classicists, done the right thing despite Constantine’s response, “but see where the ball went.”

For long, youngsters wondered if it was better to attempt the perfect off drive that would be stopped at mid-off or heave the ball over mid-wicket even if they ended up looking uncomfortable. Coaches preached correctness, style over efficiency, and developed (especially in India) generations of batsmen keener on pleasing their coaches than on scoring unstylish runs.

Then came T20, which erased the confusion by catching the mood of the times. The format captured the zeitgeist of the new millennium. Winning was everything. How you got the runs didn’t matter. If you ended up looking ugly while attempting a tonk into the stands, then so be it. Especially if it meant a victory and an increase in the bank balance. Sport was merely doing what it was expected to do – reflect society.

IPL is the epitome of the T20 game because it sees the finest players from around the world, unlike similar tournaments which don’t have current India players. But it is still evolving.

Data will decide not just tactics, but the post-Cardus world of reporting too. Metaphors peculiar to individuals are replaced by statistics available to all; words like “attractive”, “elegant”, “stylish” have already been replaced by numbers and the relationship between them.

T20, a specialised form of the game, has its specialist writers, who, like the players, began by cutting off ties to the old formats, the old ways of deciding the best from the rest.

The writer, like the coach, does not rely on instinct, experience or judgement alone, but has at his disposal enormous amounts of data.

Fielding, yet to arrive at its specific, quantifiable metrics will discover them and lead to better analysis.

Bowlers will find a greater range, perhaps bowling off either hand, and thus giving teams more options in selection. You can do a lot in four overs.

A format that was initially dismissed as a clown’s version of the real game has discovered hidden depths, thanks to its reliance on data in the manner of American sports.

Whoever wins IPL’s opening match on Saturday would have contributed even more data to the kitty, and it will be the job of the backroom boys to sift the vital from the merely incidental.

Only connect, wrote E. M. Forster. That is the motto of the shortest game. It was once thought that the established Test player would adapt to the “lower” format. In fact, Royal Challengers Bangalore picked its first squad based on this theory. No one believes that any more. Or indeed that there is a hierarchy of formats.