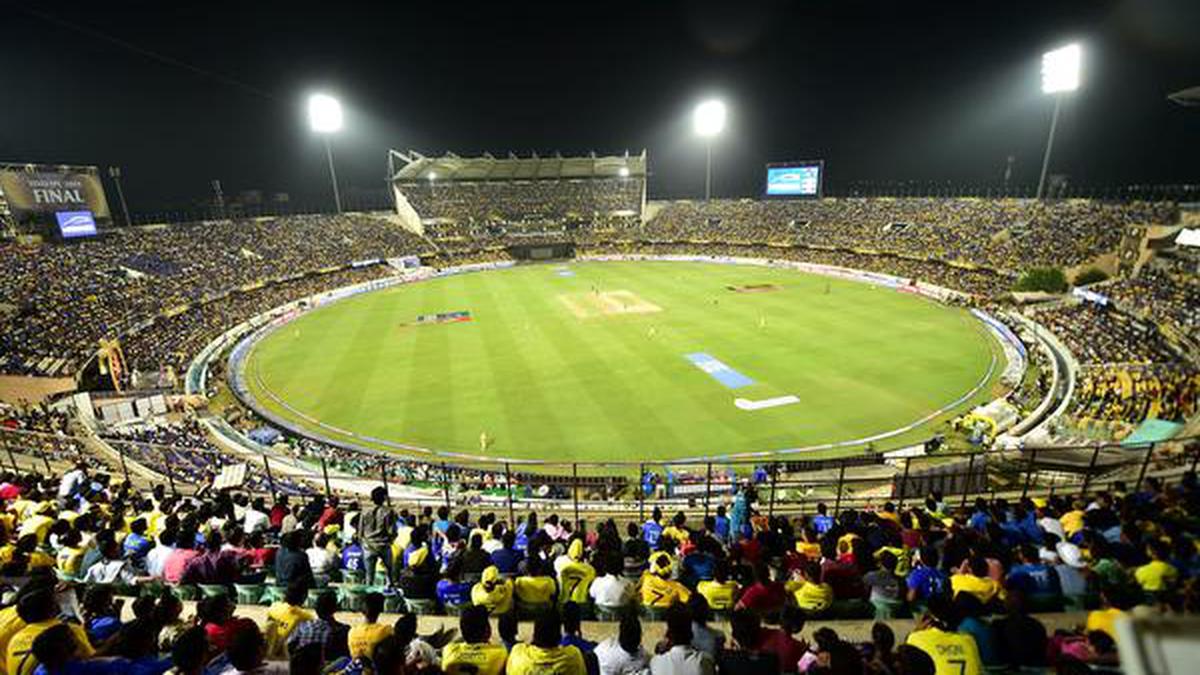 Sporting traditions can be broadly classified into two categories. In the European model, sports clubs were formed by groups of people representing a particular town, region or class interest. These outfits were integral parts of the wider society, almost becoming cultural entities. Cricket in 18th-century England had similar roots, being synonymous with the aristocracy. And when imperial Britain bequeathed the sport to the subcontinent, it was patronised first by the elite.

Then there is the American model where the idea of sport is that of a moneymaking tool. Unbridled entertainment is at the centre of fan experience. There is a cacophony of tunes, celebrities, glitz and glamour. Team sports even have auctions that turn humans into commodities. To better understand this Atlantic divide, one needs to look no further than two of tennis’ biggest events; Wimbledon and its quaint Englishness pitted against the US Open and its unabashed American exceptionalism.

The Indian Premier League (IPL), which began in India in 2008, is one place where these two sporting traditions have successfully met. A colonial sport, once played as an amateurish pastime, has embraced the American franchise model and its cutthroat competition to become one of the most lucrative products in all sport. With that it has birthed a series of franchise-based leagues in India. From football to kabaddi to badminton to wrestling, the country is now awash with city-based teams trying to emulate the IPL and create the kind of fanatic fandom that until the turn of the millennium was limited to the Indian national teams.

To assess their efficacy, however, one needs to employ a multipronged approach. In terms of popularity, kabaddi, which has deep traditional roots in India, has struck gold with the Pro Kabaddi League (PKL), while hockey, the country’s national sport, has seen three attempts come undone with Premier Hockey League (PHL), World Series Hockey (WSH) and the Hockey India League (HIL) all folding. Indian Super League (ISL) football, the Premier Badminton League (PBL) and the Pro Wrestling League (PWL) are soldiering on, even as the International Premier Tennis League (IPTL) and the Champions Tennis League (CTL) sank.

But with Indian sports administrators more or less betting on these franchise-based leagues to lead India’s transformation into a sporting superpower, each league has had the additional burden of improving the standard of the respective sport. The IPL is an outlier here, for cricket already had a robust underlying structure and the tournament’s mandate was to play a complementary role – of making India a force in the shortest version of the game (Twenty20) and taking the game beyond its traditional fan base.

The evidence thus far suggests that only the IPL has come close to hitting the bull’s eye. For a start, it has helped democratise cricket. While a 2016 report published by auditing firm KPMG, in collaboration with the Confederation of Indian Industry, said that 41 percent of the IPL’s viewership was female (including rural women), Joy Bhattacharjya, formerly a team director at IPL side Kolkata Knight Riders, feels that the tournament has brought in a strain of meritocracy unseen in Indian sport before.

“Look at players like [Jasprit] Bumrah, Hardik Pandya among others. They have all been found by IPL scouts because there is an incentive to choose the best,” Bhattacharjya points out. “Imagine if a Rishabh Pant is not picked by Uttarakhand, and then somebody sees him playing the IPL. The question will be: ‘How come this guy is good enough to play in the IPL but isn’t good enough for the state?’ So, in the IPL, players will be chosen regardless of who their godfathers are.”

In football, on the other hand, the ISL has struggled to intertwine its goals with that of the national team. Unlike other private leagues, the ISL is India’s officially recognised top division and its winners represent the nation at the Asian club level, making its job doubly difficult. The ISL’s top-down structure is similar to that of the Japanese J-League founded in 1992, which had a clear mandate to help the side qualify for the World Cup. Japan achieved the target in barely six years, while India is not even a top team in Asia, let alone the world.

“Is it the responsibility of the league or the work of the federation?” asks Pradhyum Reddy, formerly an assistant coach and technical director at the now-defunct ISL club FC Pune City. “Japan planned ahead with heavy investment at the youth level. We in India have never really had that at the grassroots. If you see, in the United States, the people who run Major League Soccer aren’t the same people who run the youth programmes. But youth participation in soccer is huge in the US. To improve youth football in India, you have to deal with the state federations, but sadly they are run like fiefdoms.”

“And historical clubs like JCT [Mills], Mahindra United (both defunct), et cetera, didn’t invest well. They were run like company teams and just their employees would come and watch. They didn’t rely on sponsorship. JCT would have JCT on their jerseys and Mahindra likewise. They neglected a side of football that was evolving fast in the rest of the world. It is easy to argue, ‘We were spending a lot of money but we were not getting anything back.’ But flip it and it goes like: ‘These clubs have been around for a 100 years, [but] apart from playing every year, what have they done?’”

Hockey was marginally successful. Former India captain Viren Rasquinha attributes India’s success at the 2016 Junior World Cup to the HIL. “It was one of the biggest factors why India won the trophy,” he says. “All those players were playing in the league and when you are 18, 20, and (when) you get to share the dressing room with (Australian legend) Jamie Dwyer and coaches like Roelant Oltmans and Ric Charlesworth, the learning is immense. It also took away the fear of playing the top foreign teams. It was great for hockey.”

It is the same developmental potential that nudged Vijay Amritraj to come up with the CTL. Each of the six teams had two promising Indian juniors who had the opportunity to train and play alongside the likes of Martina Hingis and Venus Williams. But a broken financial model ensured that it bit the dust just like hockey. In the ISL, too, teams have had to shut shop (Pune) or shift bases (Delhi Dynamos). Even the IPL hasn’t been immune, with Kochi Tuskers Kerala disbanding after a solitary season.

“You need to get the right kind of owners and get the economics right,” says Amritraj. “The owners should have passion for the game and for the format. You cannot run these leagues like a fad. It needs commitment. Only then can it work.”

In terms of popularity, kabaddi, which has deep traditional roots in India, has struck gold with the Pro Kabaddi League.   –  Rohit Jain Paras

The Indian tennis legend also stresses on the need to develop a strong set of home-grown players in order to make such initiatives sustainable. It may seem paradoxical, for the slated purpose of the leagues is to improve these very Indian standards. But Amritraj feels that it is a virtuous cycle.

“In the 1970s, we had six tennis grand prix events over six years sponsored by the government of India and the reason they were successful was because I had a chance to win it,” he says. “Manuel Orantes, who won the US Open (in 1975) played me in the final of the Calcutta event at the Netaji Subhash Stadium with 12,000 fans in a 10,000-seater arena. That’s the kind of interest we need to create. If a foreigner comes to India and plays, we need an Indian good enough to be able to challenge him. That’s what gives the tournament a huge buzz.”

Despite the misses, broadcasters’ appetite for non-cricket franchise-based leagues remains high. There may not be a net profit to be made as yet, but Star India’s continued association with a wide spectrum of Indian sports is enough proof of a growing market. A 2017 Broadcast Audience Research Council India (BARC) report said that in the overall non-cricket viewership numbers, the PKL and the ISL occupied the top two slots, contributing 61 percent and 16 percent, respectively. They remain the leaders till date.

READ |
How to find the next Bhaichung Bhutia of Indian football

“India is a broadcast market and the money is from advertising and distribution fees,” says Bhattacharjya, who is also the chief executive officer of the Professional Volleyball League, which debuted in 2019. “For volleyball, we sold 28 lakh tickets for 18 days, which is fantastic. But you cannot recover any money by selling tickets for any sport in India. Fans create the atmosphere, but money is always going to come from advertising and sponsorship and this will get reinvested in the game.”

This perhaps explains why even the mighty Board of Control for Cricket in India moved IPL 2020 lock, stock and barrel to the United Arab Emirates. Starting 2018, Star India paid ₹16,347.5 crore for five years’ media rights (₹54.5 crore per match) and this is the money that drives the game at the grassroots. But this is a model non-cricket sports leagues are light-years from cracking.

“Cricket is not a good example,” Amritraj insists. “For us [tennis] to compete, we need to have boys and girls ranked in the top 20 or 30. Something like the CTL can help the excitement build, but it is just one of many arrows in the quiver. You need to build a system that can make it work. For that, you need programmes all over the country. Until then, it is hard to say we are a force to reckon with.”