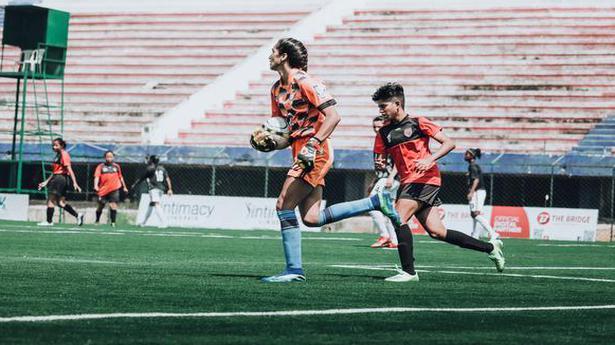 Afshan Ashiq, 26, was among the many athletes and fitness influencers who interacted with Prime Minister Narendra Modi during the Fit India Dialogue last September. “You have done very well in football. Mostly, football fans say ‘Bend it like Beckham’, but now they will say ‘Ace it like Afshan’,” the Prime Minister told her.

Afshan might not be the most successful women’s footballer in India. But her story is remarkable; it is even being made into a film, titled Hope Solo.

Afshan, who is from Jammu and Kashmir , had never played football until seven years ago. She wanted to be a cricketer. Mahendra Singh Dhoni is one of her favourite athletes — there is a similarity in their stories. Dhoni was a footballer who started cricket in school at his coach’s suggestion. And, Afshan moved from cricket to football after her coach’s persuasion in college.

“My family, especially my father, was not too happy with my decision,” she says, “He feared I would not have a career playing football.” The fear was not unfounded. “When I started there were no girls who played football in J&K,” she says.

But Afshan wanted to play the game at all costs. She could not find a girls’ team to join. So, she scouted around in schools and colleges, putting together a team. She found no women coaches. So, she took coaching courses and became one. She found no challenge in Jammu and Kashmir, and wanted to move out. When her father declined, she ran away from home to Mumbai.

Anjali Shah, the owner of PIFA (Premier India Football Academy) Sports FC, picked Afshan to play in her team when she spotted her in a tryout. Afshan has not looked back since. Already a well-known name, she is currently on loan, playing for Bangalore United FC.

Anjali’s latest initiative, the Indian Women’s Football Alliance (IWFA), aims to replicate Afshan’s story across India. “A nameless talent becoming a role model — that is the path we are trying to create through IWFA,” says Anjali, who is a part of the All India Football Federation’s (AIFF) executive committee.

The IWFA, she explains, is a network of players, football professionals, former managers, NGOs, journalists among others, that attempts to “level the playing field for women in India”. Most of the IWFA team comprises women. The advisory committee includes Nicole Allison, the former general manager of Tottenham Hotspur FC Women, journalist Faye D’Souza, sports lawyer Aahna Mehrotra, Dan Woods, the founder of World Freestyle Football, among others.

On March 6 (two days before Women’s Day), IWFA kicked off its first event, Girls<3Goals Cup, a 10-team tournament in Bandra (Mumbai) to highlight societal obstacles women face. Players apart, coaches, referees, physiotherapists and other officials will be women. “Five of the 10 teams represent the underprivileged sections via NGOs,” says Anjali. “Each team was aligned to a cause and will wear the message on their jerseys. The messages include ‘Dowry kills Dignity’, ‘No doesn’t mean Maybe’, ‘Beti is Best’ and so on.”

The event, she hopes, will be the beginning of a movement of women empowerment through football in the country.