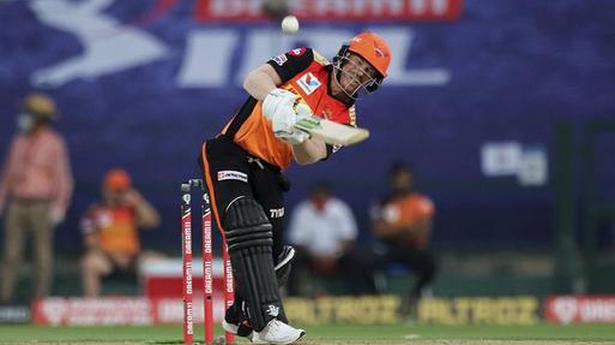 Delhi Capitals lost the plot the moment Kane Williamson (41, 26b, 5×4) started finding the gaps in the first innings.

The Kiwi’s quickfire knock, along with Rashid Khan’s spell (4-0-14-3), helped Sunrisers Hyderabad record its maiden win in IPL 2020 at the Sheikh Zayed Stadium in Abu Dhabi on Tuesday.

Asked to take first strike, David Warner’s men scored 162 for four and restricted Shreyas Iyer’s side to 147 to seven.

Shreyas and Shikhar Dhawan (34, 31b, 4×4) added 40 for the second wicket before falling into the Rashid trap.

The star leggie dismissed the skipper by having him caught at deep cover by debutant Abdul Samad and foxed Dhawan with a googly to turn the tide in Sunrisers’ favour. He returned in the 17th over to remove Rishabh Pant (28, 27b, 1×4, 2×6) to seal the win.

Earlier, the Capitals bowlers put up an impressive show in the PowerPlay, conceding only 38 runs.

The seamers took pace off the ball, making scoring difficult.

The first four came off the eighth delivery, but it took 25 more balls for the first six to arrive. Anrich Nortje erred in length, landing the ball closer to Warner who played the signature lofted drive over covers for the maximum.

The duo added 77 for the first wicket before Warner fell to leg-spinner Amit Mishra while executing a reverse sweep. Bairstow hung around for a crucial fifty.

Kagiso Rabada (two for 21) and Mishra (two for 35) stood out among the Capitals bowlers, but the batters’ underwhelming performance meant that the Delhi side suffered its first reverse of the tournament.