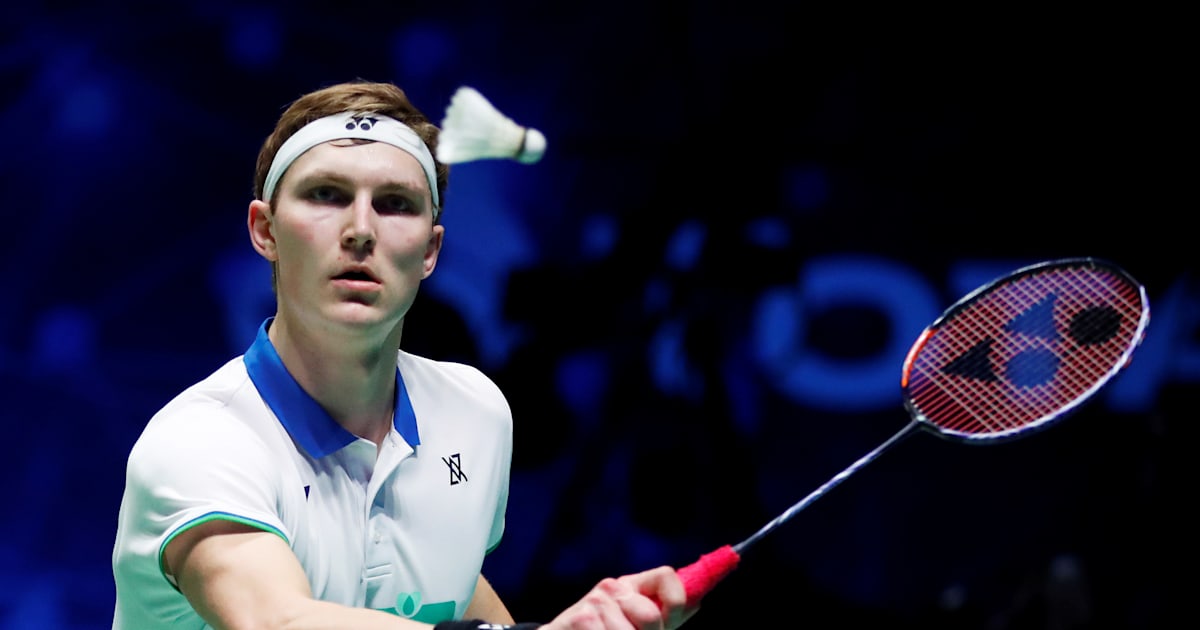 Viktor Axelsen kicked off the 2021 BWF World Tour season by winning the Swiss Open in Basel on Sunday (7 March).

The 27-year-old Dane saw off Thailand’s Kunlavut Vitidsarn in straight games to take the Super 300 event.

Axelsen, who had beaten the 19-year-old in both of their previous encounters, was in control of the opening game and took it 21-16.

Vitidsarn tried to respond in the second game, but the world number two stepped up a gear and opened up a nine-point lead going into the mid-game interval.

And the Thai was unable to launch a fightback with 2017 world champion Axelsen surging to victory 21-16, 21-6.

It is Axelsen’s third title in four World Tour tournaments in 2021, after he claimed back-to-back titles in Thailand and reached the final of the BWF World Tour Finals, only going down to fellow Dane Anders Antonsen.

The Danes were a class above Mark Lamsfuss and Marvin Saidel, needing just 42 minutes to clinch a 21-16, 21-11 victory.

Astrup and Rasmussen were under pressure after two first-round exits in Thailand, and their relief was obvious in the celebration jig on court.

It’s their sixth world tour title triumph and their second Swiss Open title, having won the event together in 2016.

The Malaysian team of Pearly Tan and Thinaah Muralitharan put on a masterclass to beat Bulgaria’s Gabriela and Stefani Stoeva in the final.

It was Tan and Muralitharan’s maiden BWF Super 300 triumph and made them the first Malaysian women to win any Swiss Open title.

The first game was a topsy-turvy affair with the Asian duo holding their collective nerve to take it 21-19.

The third seeds were in touch at the interval of game two, but the unseeded Malaysians soon moved clear and brought up eight match points.

They only needed one as they defeated the Bulgarian sisters 21-19, 21-12 to secure their first World Tour title.

The French duo trailed for most of the first game, but drew level at 19-19 and took the next two points to go a game up.

Christiansen and Boje came out fighting in the second game and led 11-4 at the mid-game interval. But once again, Gicquel and Delrue were able to claw their way back and completed a 21-19, 21-19 victory.