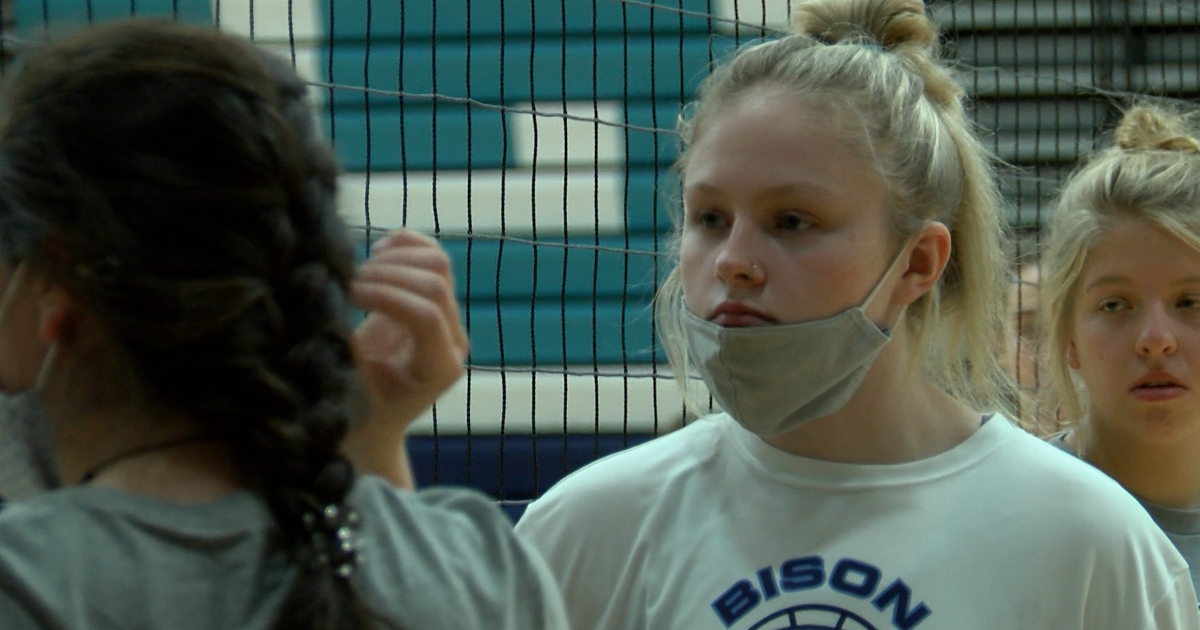 GREAT FALLS — The Great Falls High volleyball team (1-1) took the court for a typical weekday practice, but it felt anything but typical.

“We came into practice, they were very excited and happy to be there,” said first year head coach Taylor Parker. “And I was like, ‘okay, this is awesome. I’m happy you guys are ready to be here’. And especially the varsity team, they’re all seniors. So they’re all pretty good friends.”

Two weeks ago the Bison received word that someone in the program had tested positive for COVID-19. Per MHSA and GFPS protocols, that forced the entire team to quarantine as close contacts.

“We have a group chat and then one of the players told us she had just got a call,” said senior Kendal Burcham. “We were like, ‘no, you’re joking’. And then the domino effect happened and we all got the calls. At first it was really sad, but then we’re like, we just have get through this.”

The Bison had to miss two weekends of games, and cancel all practices. It was uncertain when and if they would return to the court, but they kept in contact via Zoom.

“We talked to them probably two to three times a week. We talked about our goals and it was kind of nice to actually just talk about things that weren’t volleyball,” Parker said. “So that was nice. It’s obviously not something we wanted to do, but we were back yesterday, we got a good practice in, got all the rust off and now we’re ready to roll.”

Earlier this week they received the all-clear to resume practice and games. The two-week setback had left the Bison behind much of the AA with some catching up to do. But they returned to the field house with a new perspective.

“We learned that we cannot take anything for granted,” Burcham said. “Our coach is constantly telling us that we’re super lucky to even be here in the gym right now. Lots of other States cancelled volleyball. Now we know that what can happen. And so we need to make sure that we’re staying safe, staying healthy, and taking care of each other.”

All four matches that the Bison missed have been re-scheduled, beginning with a doubleheader on the road against Bozeman and Belgrade on Saturday. The first crosstown clash of the season, originally scheduled for September 29th has been moved to October 6th at Great Falls High.