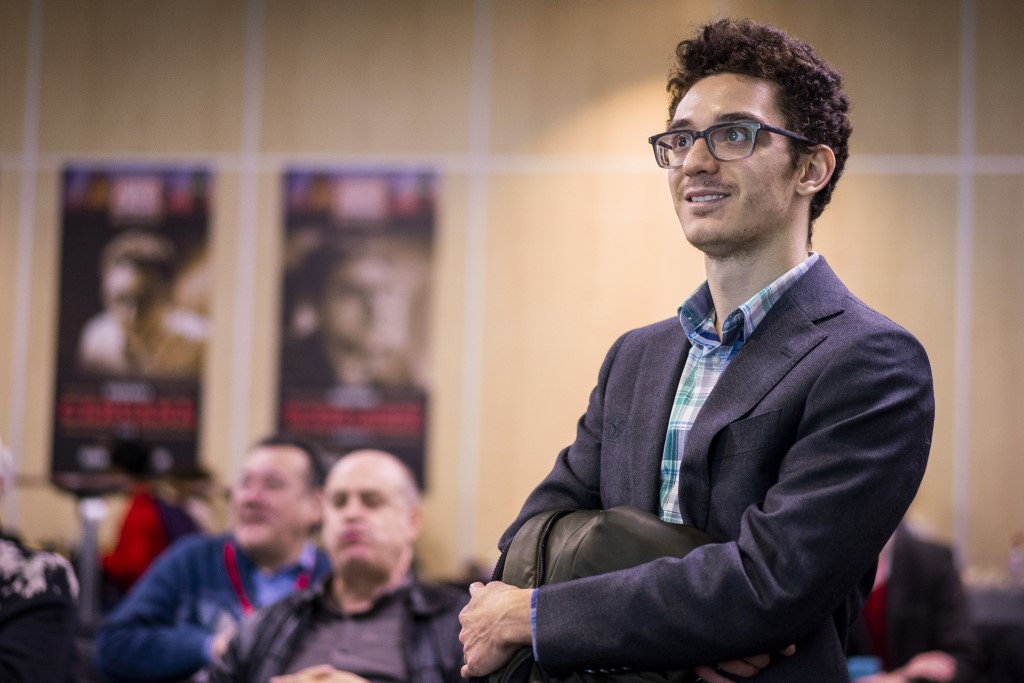 
10/11/2020 – Grandmaster Fabiano Caruana is the top-ranked chess player in the United States and is second in the world. He was the challenger for the World Chess Championship in 2018. To show appreciation for Caruana, National Master Mike Walder presents a recipe for a dish Caruana might like and annotates one of Caruana’s wins. WIM Alexey Root tells why Caruana is a Grandmaster Chef honoree. | Pictured: Caruana at the 2018 London Chess Classic | Photo: Lennart Ootes

From prodigy to second in the world 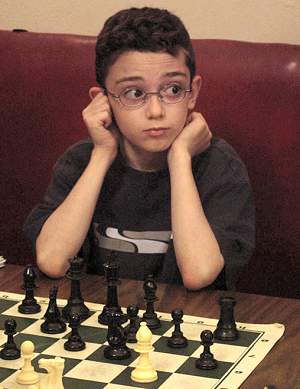 At the age of 14 years, 11 months, and 2 days, Caruana became the youngest grandmaster in the histories of the United States and Italy, the two countries where he has citizenship. Born in Miami, Florida, Caruana learned chess in Brooklyn, New York. Later, as Leonard Barden wrote, “He moved to Europe in search of the best tournaments and coaching, living in Madrid, Budapest and Lugano and representing Italy.” Caruana played for Italy from 2005-2015.

Since the founding of the Saint Louis Chess Club in 2007, and thanks to its patron Rex Sinquefield, the United States has become a premier destination for world-class chess. The Saint Louis Chess Club was the setting for Caruana’s best performance ever, 8.5 out of 10 in the 2014 Sinquefield Cup. As ChessBase shared, posting a Slate magazine article written by Seth Stevenson, his 2014 “victory at the Sinquefield Cup earned Caruana the highest tournament performance rating of all time, crushing even Karpov’s legendary result at Linares. As a result, he vaulted past Aronian in the real-time rankings to become No. 2 in the world.”

[Pictured: Caruana beat Aleksander Wojtkiewicz back in 2003 at the Marshall Chess Club]

The year after that landmark performance, in 2015, Caruana switched chess federations from Italy to the United States. In 2018, he tied the classical portion of the World Chess Championship match 6-6 (12 draws) before losing to World Chess Champion Magnus Carlsen in the rapid tiebreaks. As of September 2020, Caruana is once again traveling for over-the-board chess, playing first board for the winning OSG Baden-Baden team in the Bundesliga Championship and, from October 5-16, competing in Altibox Norway Chess. 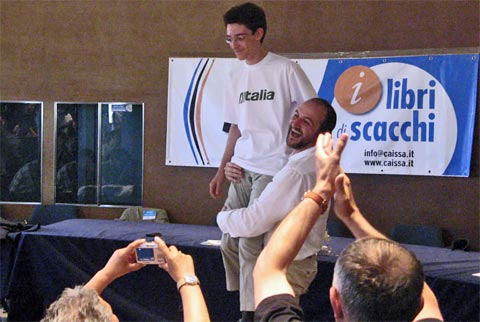 At 14 Fabiano was celebrated as a GM, Italian Champion and the country’s top ranked player

What does Caruana eat?

The ESPN article “The grandmaster diet: How to lose weight while barely moving” stated that Caruana “makes sure to eat a balanced breakfast each morning: two eggs, cured fish, oatmeal and fruit.” When interviewed by ChessBase in April of 2019, Caruana declined to pick one favorite food but said, at 19 minutes 23 seconds in, that he likes “Japanese cuisine a lot, I also like French cuisine a lot, and of course Italian.”

Italian cuisine includes risotto. Risotto uses Arborio rice, grown in Italy’s Po Valley, California, and Arkansas. Arborio rice is also grown in Missouri, where the Saint Louis Chess Club is located and where Caruana has lived since 2014. According to National Geographic, Italian cuisine is as American as apple pie. Like apple pie, a welcome addition to any meal, Fabiano Caruana enriches American chess. 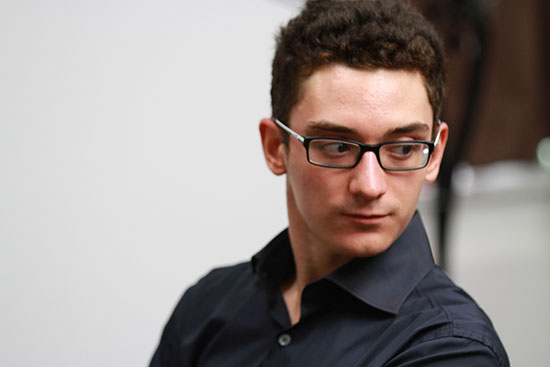 Within Walder’s Scallop Risotto with Mushrooms and Peas recipe, which serves three people, there is considerable flexibility. Use as much olive oil as you need. Fresh scallops are a better choice than frozen, but frozen scallops (any type) are acceptable. Walder chose six large sea scallops (10-20 scallops per pound). If you use smaller scallops, you may want to use more of them.

Regarding mushrooms, Walder advised, “a variety of fresh mushrooms cut into bite-sized chunks but buy whatever is fresh at your market.” Walder used a little over one quart of vegetable stock; you may use slightly more or less. Pecorino cheese or Parmesan cheese, freshly grated, are the two recommended cheese choices.

Scallop Risotto with Mushrooms and Peas by Mike Walder

Scallop risotto with mushrooms and peas next to Caruana v Erdos after 23…Qc7 | Photo: Elliott Winslow

National Master Mike Walder annotates a lesser-known Caruana win, against Grandmaster Viktor Erdos. The Caruana-Erdos game was from May of 2014, just four months before Caruana’s record-setting victory in the 2014 Sinquefield Cup.

The Ruy Lopez is one of the oldest openings which continues to enjoy high popularity from club level to the absolute world top. In this video series, American super GM Fabiano Caruana, talking to IM Oliver Reeh, presents a complete repertoire for White.

BackBenchers - March 5, 2021 0
Former India captain Bishan Singh Bedi, who underwent surgery to remove a blood clot in his brain a few days ago, has been...