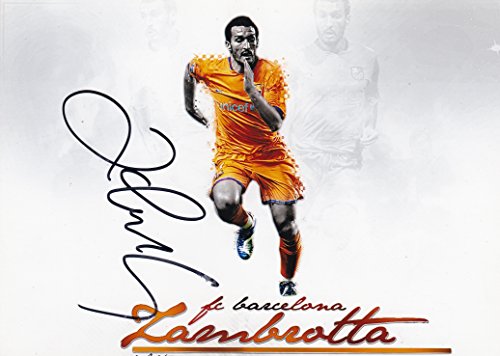 An Italian former professional footballer, Gianluca Zambrotta played as a full-back or as a winger. Throughout his club career, Zambrotta played for several different Italian clubs. He began his career with local club Como in 1994, and gained prominence while playing for Bari, which earned him a transfer to Juventus in 1999. During his seven seasons with the club, he won two consecutive Serie A and Supercoppa Italiana titles in 2002 and 2003, also reaching the 2003 UEFA Champions League final. This rare product carries within itself the coveted autograph of this famous sports personality.
Having won 98 caps for the Italy national team at international level, this signed memorabilia will be a delight for any fan who wants to celebrate the charisma and phenomenon named Gianluca Zambrotta.
This one of a kind signed photograph has been curated by the seller and has very limited availability. Make one yours today.