London Olympics bronze medalist Gagan Narang claimed equipment worth Rs 1.3 crore, including 80 rifles and pistols, at his Gun for Glory academy ‘has been adversely affected (and) washed away’ in the Hyderabad deluge.

Narang was on duty at the Air India office at Shamshabad Airport, about 15km away from the academy in Trimulgherry, when incessant rainfall began flooding several parts of the city. According to Hyderabad IMD centre, the city received 19.2cm rainfall on October 14, which is the highest in October since 1891.

Narang said he rushed to the academy after receiving a call from one of the officials but by the time he reached, the water levels had risen to more than five feet. “We used water pumps for more than 24 hours so that we could get the equipment out,” Narang told The Indian Express. “While we were able to get all the equipment out, there is still more than one feet of water inside the academy as we talk. It is a heartbreaking experience.” 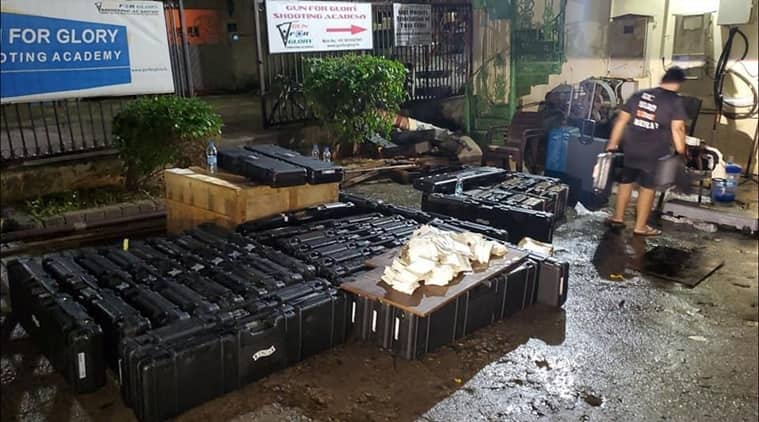 The 37-year-old opened the academy in 2015, three years after he won the bronze medal at the London Olympics and four years after he had started the Gagan Narang Sports Promotion Foundation (GNSPF). Last year, the GNSPF was awarded the Rashtriya Khel Purotsahan Puraskar at the National Sports Awards.

Narang would also train at the academy along with shooters like world number one Elavenil Valarivan and 2019 Junior Asian Championships gold medalist Dhanush Srikanth. Narang added he was planning to reopen the academy at the beginning of next year. However, that is likely to be delayed further.

“The new rifles and pistols were of Walther and Pardini brands and were bought for the Gachibowli campus. After the lockdown restrictions were lifted, we had imported the equipment and had stored them here,” he said. “I have talked with the German firms today and they said they will try whatever they can (to repair) the damaged equipment.”