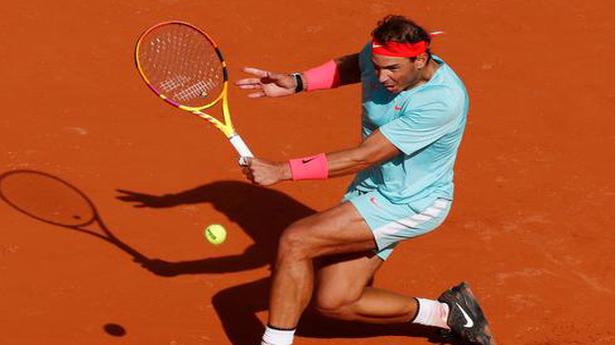 Rafa Nadal blew away American qualifer Sebastian Korda 6-1 6-1 6-2 to romp into the French Open quarterfinals on Sunday and close in on a record-extending 13th title at Roland Garros.

With the sun out and the wind up on Court Philippe Chatrier it always looked like mission impossible for the 213th-ranked Korda and so it proved in a one-sided fourth round match.

Korda, 20, actually had two break points in Nadal’s opening service game that spanned nine minutes and also had game point in the next game in a competitive opening.

He did not win either, however, and once Nadal had sprinted into a 5-0 lead the American already looked forlorn.

Korda, son of 1992 runner-up Petr, was unable to cope with the strong breeze or Nadal’s heavy spin as the first two sets went by in little more than an hour.

Even the 34-year-old Nadal can lose focus occasionally though and he dropped serve at the start of the second set to trail 2-0 before rattling through the next six games.

Nadal has dropped only 23 games so far and is yet to face a seed. He will next face either U.S. Open runner-up Alexander Zverev or rising Italian Jannick Sinner in his 42nd Grand Slam the quarter-final, third on the all-time list.