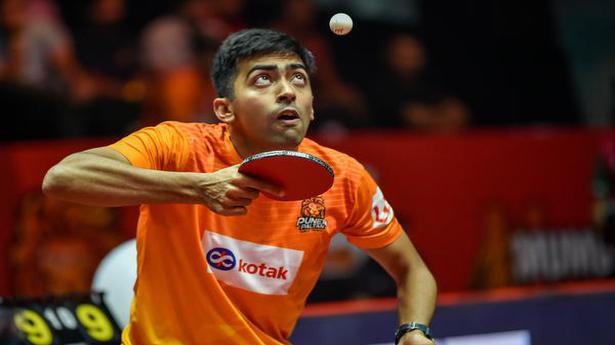 The 27-year-old, who will turn out for Club-Loire Nord TTC, said: “I am quite excited and a bit anxious as well because I have not been away from competition for such a long time.

Indian paddler Harmeet Desai is excited about playing in the French second division league beginning at Roanne on October 20.

The 27-year-old, who will turn out for Club-Loire Nord TTC, said: “I am quite excited and a bit anxious as well because I have not been away from competition for such a long time.

“I feel I am playing well in practice, but it will be totally different in a match. I hope everything will fall in place,” Harmeet told The Hindu from Surat on Friday.

Harmeet said he would be flying out on October 9. “Even if I am quarantined, I will still have time to get ready for the match. I heard that the quarantine period is one week and there will be no need for it if I test COVID-19 negative,” said Harmeet.

He revealed that he will travel to Ochsenhausen (Germany) after his second match in the French League on October 27.

“I will train in Ochsenhausen as it has one of the best training facilities in Europe before returning to Roanne in the third week of November,” said Harmeet, ranked 72nd in the world.