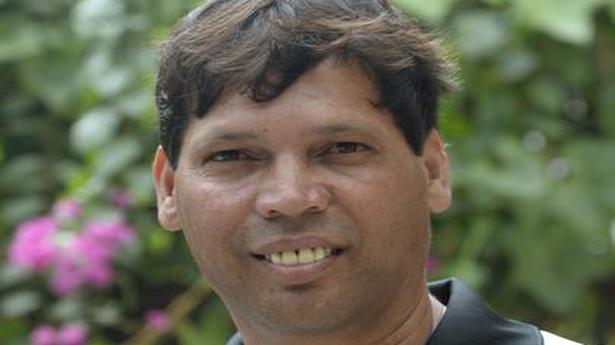 A creative midfielder, Chapman played for India between 1995 and 2001 and the country won the 1997 SAFF Cup under his captaincy.

Former India football captain Carlton Chapman, who had formed a deadly trio in club football with Bhaichung Bhutia and IM Vijayan in the 1990s, died on Monday following a heart attack in Bengaluru. He was 49.

Chapman was hospitalised on Sunday night at a hospital in Bengaluru and passed away early this morning.

“I got a call from Bengaluru from one of his friends that Chapman is no more. He passed away early this morning. He was a happy-go-lucky man, always smiling and ready to help others,” Chapman’s one-time India team-mate Bruno Coutinho told PTI from Goa.

A creative midfielder, Chapman played for India between 1995 and 2001 and the country won the 1997 SAFF Cup under his captaincy. At the club level, he had two successful spells with East Bengal and one with now-defunct JCT Mills.

A product of the Tata Football Academy in early 1990s, Chapman joined East Bengal in 1993 and scored a hat-trick in his team’s 6-2 win against Iraq club Al Zawra in a first round match at the Asian Cup Winners Cup that year.

But his best came after moving to JCT in 1995. Chapman won 14 trophies with the Punjab-based club, including the inaugural National Football League in 1996-97, and formed a formidable combination with Vijayan and Bhutia.

Chapman later joined now-defunct FC Kochin. But after one season, he returned to East Bengal in 1998 and the club won the NFL under his captaincy in 2001. He announced his retirement from professional football in 2001.

BackBenchers - January 24, 2021 0
Price: (as of - Details) Vector X Is One Of The Established Sports Brands Who Provide Stylish And Innovative Sports Gear To Most...

WNCC volleyball team goes 2-0 in second round of tourney

Louisville Yoga Studio Aims To Make Practice Accessible To All

Managing anxiety with yoga in Pittston

Panga turns 1: 5 reasons why Kangana Ranaut’s film is an...

The Hindu Explains | How did Team India get to the...

Indian Super League | Blasters and Goa play out a scrappy...

I was all ready, padded up, had taken injection as well:...

Holders Arsenal knocked out of FA cup at Southampton