Home Football ‘Football in India is going to improve and get bigger’: Brazilian footballer... 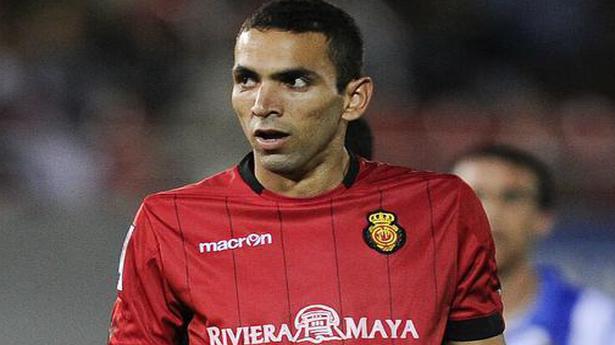 Recently signed to Hyderabad FC for Indian Super League, the footballer shares his story to train with international players

This year, Indian Super League (ISL) is set to take place in Goa. Having kicked off in October 2014, the football championship has ten franchises based in Chennai, Bhubaneswar, Goa, Guwahati, Kochi, Kolkata, Mumbai, Hyderabad, Bengaluru and Jamshedpur. At its core, ISL has, over the past six years, created a platform to groom football talent in the country, as well as embrace international talent from other countries.

One of the international talents is the 31-year-old João Victor from Brazil who was signed on to play for Hyderabad FC. In an email interview with The Hindu, the defensive mid-fielder starts with his awareness of India’s football scene. “To be honest, I didn’t know too much about Indian football. I have the basic idea because of some players that I have played with,” he admits, but says he is excited for what is ahead in Goa.

João says the reason he joined Hyderabad FC is his belief in the project that the club has, explaining, “I believe that football in India is going to improve and get bigger and known all around. Personally, I want to be part of this journey and try and make my contribution to the cause.” João has had his hand — or foot, rather — in clubs such as La Liga, Cypriot First Division and Uzbek League among others.

Admitting he has never played cricket because Brazil and the other countries in which he lived did not have much of it, his heart is committed to football. He also loves where the sport has taken him. “I’ve played in different countries before, where the teams have had a lot of international players, making it multi-cultural. So, I’m used to this kind of set up. In fact, I really enjoy it. You can learn a lot about different cultures, and make friends in many different places.” He adds, cheekily, “It means that when I go for a vacation in many countries, I won’t need to book a hotel, as I’ll always have a house to stay for free.”

When it comes to short-term championships like ISL, João insists he goes full-on with training and playing. “I’m not the kind the guy that keeps my best for later, or someone who likes to take it slowly. I think I adapt very quickly wherever I go, because I enjoy football a lot. I enjoy the ambience of the dressing rooms, the stadiums, and more importantly matches. So that’s why I’ll always give my maximum in everything,” he affirms.

The COVID-19 pandemic has not been easy on the sporting world, and João is well aware of it. “It’s a very tough moment for everybody. But at least we can use our job as footballers to bring some joy to the people. Mentally, it is not going to be easy because everything will be different from what we’re normally used to. We’re going to play without fans behind closed doors. We’re going to be staying in a bubble in a hotel, we’re going to be without families,” he says.

João, who has never been to India, concludes, however, on a positive note, “In this situation, your team becomes your one big family and that’s a special thing about sport. But at the same time, we need to stay concentrated because the league is going to be a short one and those who can manage to have a strong mind will be a step ahead from the others.”