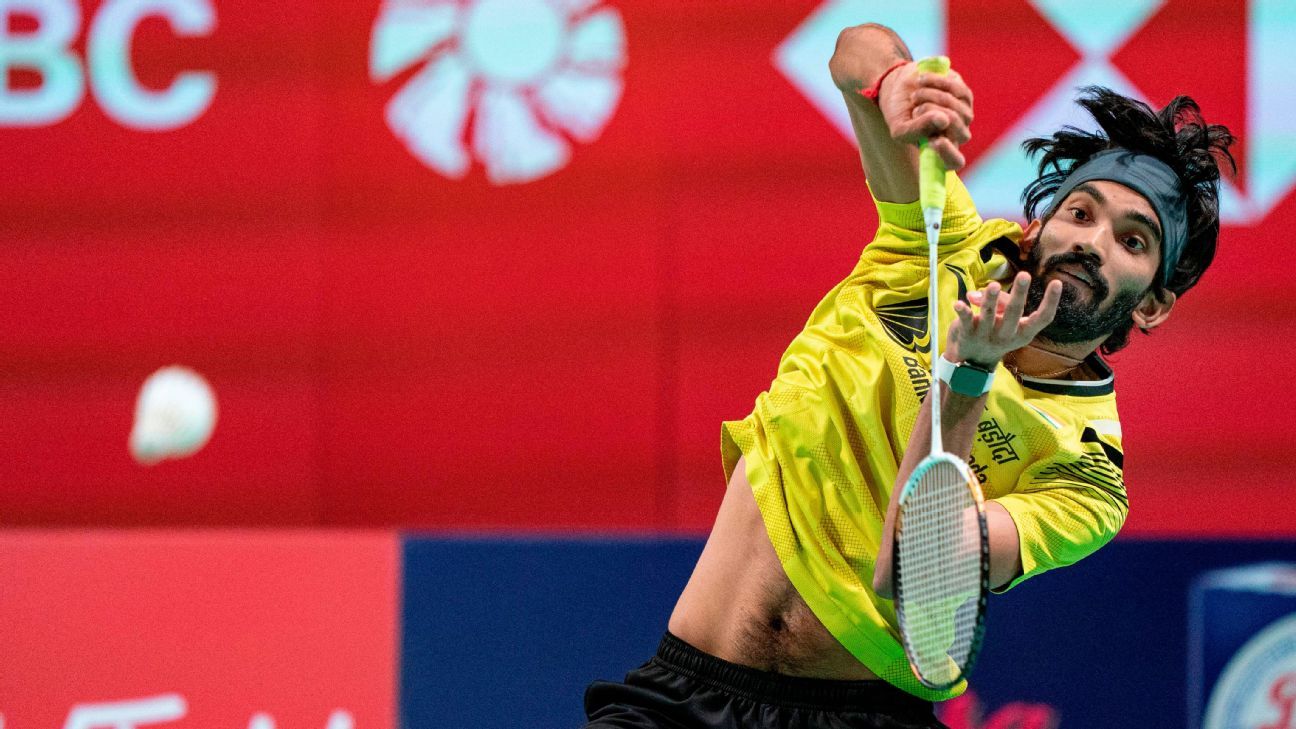 The concluding images of the BWF Denmark Open, which marked the return of international badminton this month, were those of men’s singles finalists Anders Antonsen and Rasmus Gemke being helped off the arena by officials following their match. While both players were reported to have been cramping badly by the end of their match, which lasted an hour and 14 minutes, this was an unfamiliar situation for both. Neither Antonsen nor Gemke are strangers to playing long three-game matches. Eight of Antonsen’s last 13 matches have been three-game encounters, while nine of Gemke’s last 18 matches have gone to a decider as well.

The two Danish players were not the only ones who appeared exhausted during the tournament. India’s Lakshya Sen’s play dipped considerably after winning the opening game of his second-round match against Han Christian Vittinghus. Former World No. 1 Kidambi Srikanth also appeared to be running on fumes toward the end of his second and third games against Chou Tien Chen in the men’s singles quarterfinals.

Coaches and players admit the lack of match practice leading up to the tournament had an impact. “There was bound to be a dip in endurance levels. We didn’t get to train for four or five months and then suddenly had to come back and get back to training at a high level. And then the fact is that we are playing a tournament after such a long time. You have lost so much of match practice and that always makes it tough,” says Srikanth.

Former national coach Vimal Kumar says that in the absence of regular tournaments, most players find it hard to get into the sort of rhythm that is needed to play longer matches regularly. “If you don’t have match practice, you tend to fatigue faster. However much you train in practice, it’s always harder when you are playing a competitive match. The pressure of an actual match is an extra stress factor. Some people take two to three matches to get going. The initial apprehension takes time to overcome. The top players always have to play a few tournaments to get into the groove,” he says.

It’s not just exhaustion that could be the result of a long layoff. Kumar says the fast return from a long break might be behind rising Indian prospect Lakshya Sen’s injury scare. “Lakshya was suffering from a slightly stiff back during his second-round match (with Vittinghus) that made the last two games difficult for him. He wasn’t carrying anything when he left from India but he got it while playing. But when you are pushing yourself, especially if your body isn’t in rhythm, these things can happen,” Kumar says.

Of course, not all players face the same challenges. While Indian badminton had been in hibernation since March, other countries had stayed active. “In some countries, there were some tournaments happening. For example, the Taiwan player I played (Chou) was playing the national championships and some sort of league. The situation in our country is different. It was tough to compete, but that’s how it is. We have to work around it and make ourselves better,” says Srikanth.

“Indian players were at a disadvantage because they had no match practice.”

A few members of the Indian contingent that travelled to Denmark have stayed behind to compete in Germany. Lakshya, meanwhile, is expected to stay back in Denmark and compete in the domestic circuit. However, that isn’t an option for the rest of the Indian players. Coach Vimal feels there needs to be some sort of competitive action in India soon.

“A few countries had (a) very active local circuit. France, Malaysia, Indonesia, Chinese Taipei are active. They haven’t opened their borders but they are having badminton tournaments. Considering that, Indian players were at a disadvantage because they had no match practice. Right now, there’s no tournament for the next couple of months. But there needs to be some sort of matches played within India itself. We could even have matches between academies but these are just ideas. I hope something is done about it,” he says.

Vimal says that practice would be important for Indian players looking towards the World Tour season opener in January next year. “You can’t just sit back and do nothing. You have to play. If you don’t play for five or six months, it will show. The more matches that are played, the less you will see players uncomfortable playing at a high game over all three games,” he says.

Vimal says this is especially true of Olympic prospect Srikanth, who looked to be in fine touch before fading against Chou. “With Srikanth, it was evident that he hadn’t played too many matches. So, these sort of tournaments will give him confidence. He looked like he was moving well and it seemed that most of his struggle was because of a lack of match practice. Otherwise, there didn’t seem to be any issues with his game,” he says.