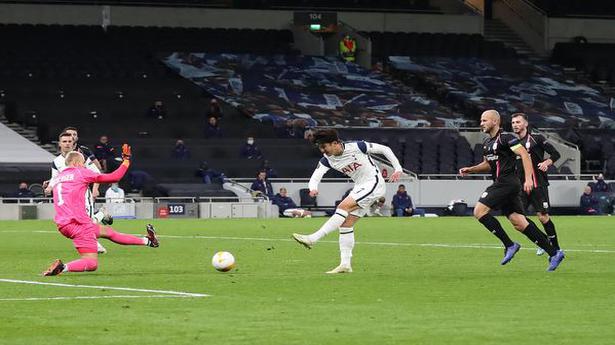 Tottenham posted an opening 3-0 victory over LASK of Austria in its Europa League campaign on Thursday but Celtic suffered another setback with a home 3-1 loss at the hands of Zlatan Ibrahimovic’s AC Milan.

There were also wins for Spurs’ Premier League rivals Arsenal and Leicester.

Despite Gareth Bale starting for the first time since his return from Real Madrid, it was on-loan Carlos Vinicius who made an impressive debut as Tottenham enjoyed a 3-0 win in their Group J opener.

Vinicius started in place of the resting Harry Kane and he made goals in either half for Lucas Moura and Son Heung-min, while he would have also netted himself had Andres Andrade not scored an own goal.

Leicester made the perfect start in Group G with a comfortable 3-0 win over Zorya Luhansk of Ukraine.

James Maddison, Harvey Barnes and Kelechi Iheanacho were on the scoresheet.

In Glasgow, Celtic struggled against Serie A leader AC Milan, which was 2-0 up at half-time thanks to goals from Rade Krunic and Brahim Diaz.

Earlier, Arsenal came from behind to down Rapid Vienna 2-1. After a goalless first half it went behind when keeper Bernd Leno fluffed a clearance on a night he will want to forget.

But the Gunners then turned the game around in four second half minutes.